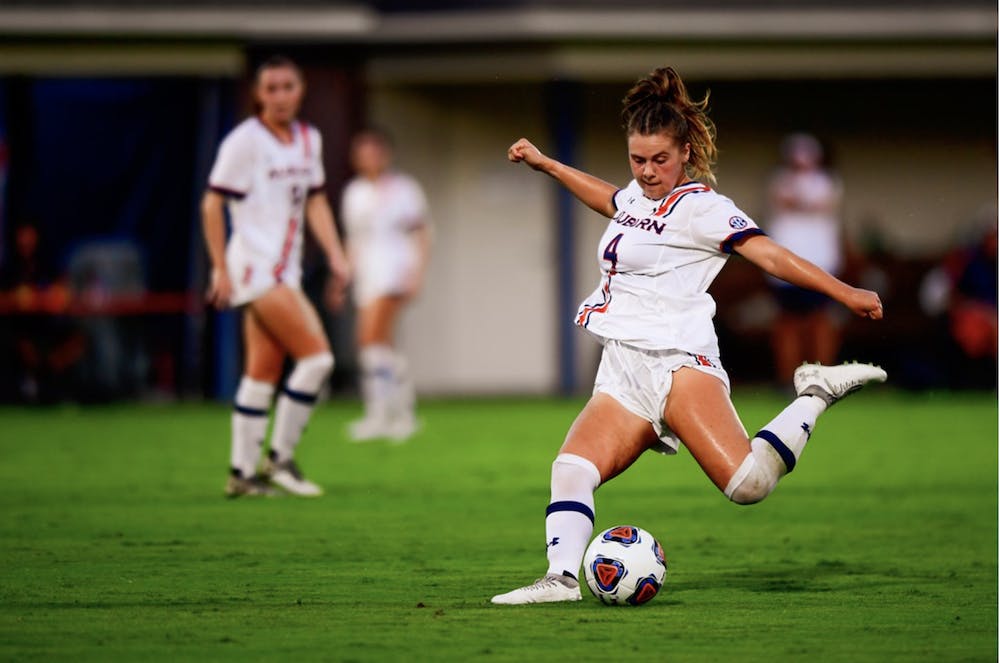 AUBURN, Ala. (EETV) - The Tigers tie for the second time on their two-game road stint, this time against Wake Forest, 0-0.

Coming off the draw against No. 2 Florida State, Auburn traveled to Winston-Salem, NC, to compete against the Demon Deacons of Wake Forest. The Tigers were under fire from the Wake Forest attack across the game, seeing 12 shots with six on target. Comparatively, Auburn only had six shots, with four on goal.

Auburn goalkeeper Maddie Prohaska kept her clean sheet with five saves in the game. Wake Forest's goalie had four saves, including a penalty kick save in the 41st minute to keep the score even to the final whistle.

"Lots to learn from these games for sure, but they were two very challenging matches on the road," Auburn head coach Karen Hoppa said. "Today, I thought we grew into the game, again, but we've got to work on starting stronger and starting more aggressive from an offensive standpoint. Credit to our defense, they have looked great to start the year and have really kept us in ballgames."

Prohaska has been nearly impenetrable this season, only letting in one goal from a penalty kick.

The Tigers' defense held strong through the contest, with M.E. Craven, LJ Knox, Hayden Colson, Hailey Whitaker, Erin Houston and Madeline Moore protecting the back line. Auburn only allowed half of the Demon Deacons' shots to be on target, making Prohaska's job easier.

Auburn returns home this week for a matchup against No. 21 West Virginia on Thursday, Sept. 1 at 6:30 pm CT at the Auburn Soccer Complex.