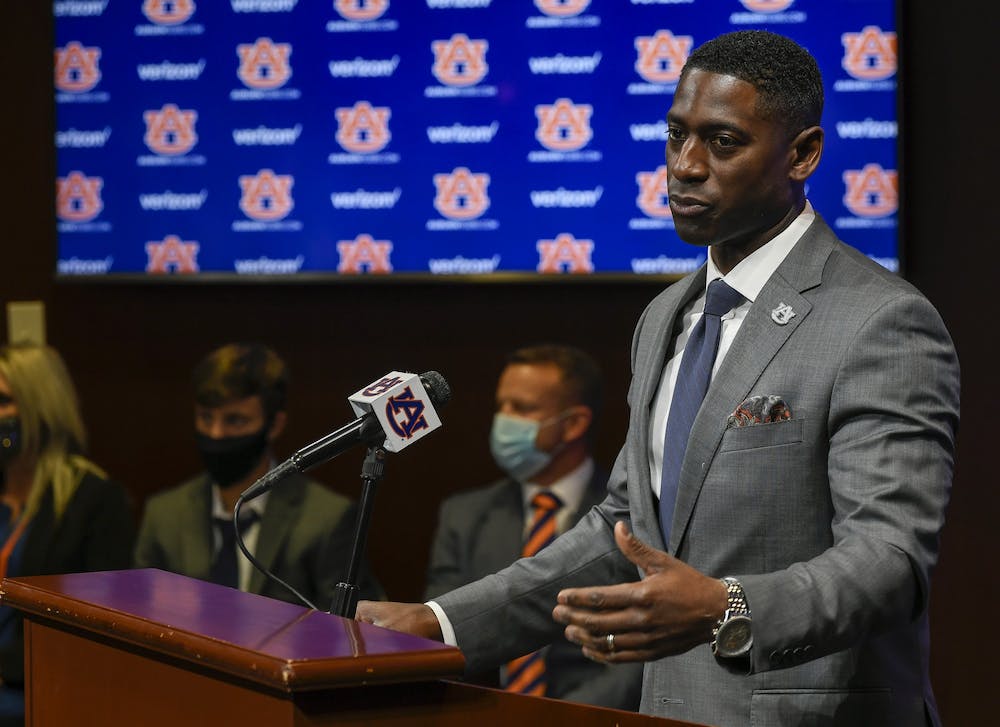 AUBURN, Ala. (EETV) - Allen Greene steps down as Auburn Athletic Director after four and a half years with the school citing professional reasons for departure.

“The decision to step away from Auburn Athletics is not an easy one, but it is the right time for me to begin the next step in my professional journey,” Greene said. “I am very proud of the work that we have done together to move our athletics program forward. Christy and I want to thank the Auburn Family for allowing us to be a part of something truly unique, and I wish Auburn nothing but the best in the years ahead. I’m confident we leave Auburn Athletics stronger than when we arrived.”

Greene joined the Auburn family in 2018 from University at Buffalo, where he served as the Athletic Director for the Bulls.

In his tenure at Auburn University, the cumulative athletic grade point average increased from 3.19 to 3.25. Greene also focused on philanthropy during his time on the Plains raising over $175 Million in capital projects.

“Allen arrived on The Plains with vision, passion and experience to elevate Auburn Athletics to the next level,” Auburn President Dr. Christopher Roberts said. “In the brief time that I have worked alongside Allen as President, he has proven to be an asset to Auburn, enhancing our athletics programs and facilities, and has been dedicated to our student-athletes, to integrity and to our University. We’re grateful for his commitment and contributions to Auburn over the past four and a half years and we wish Allen, Christy and their children all the best as they embark on a new chapter in their lives.”

Greene was a major proponent of Auburn becoming one of the premier universities for Name, Image and Likeness deals. Green has shown that he is willing to spearhead the change in collegiate athletics and put the student-athlete at the forefront.

President Roberts announced that Auburn Athletics Chief Operating Officer Marcy Girton will serve as the Acting Athletics Director. University leadership will meet to discuss an interim Athletic Director to serve while the national search for a replacement for Greene commences.

Eagle Eye TV has reached out to Greene for a statement on his exit and is awaiting a response. Eagle Eye will continue to monitor the situation closely and provide updates.