A Tie for the Tigers Against No. 2 Florida State Women’s Soccer 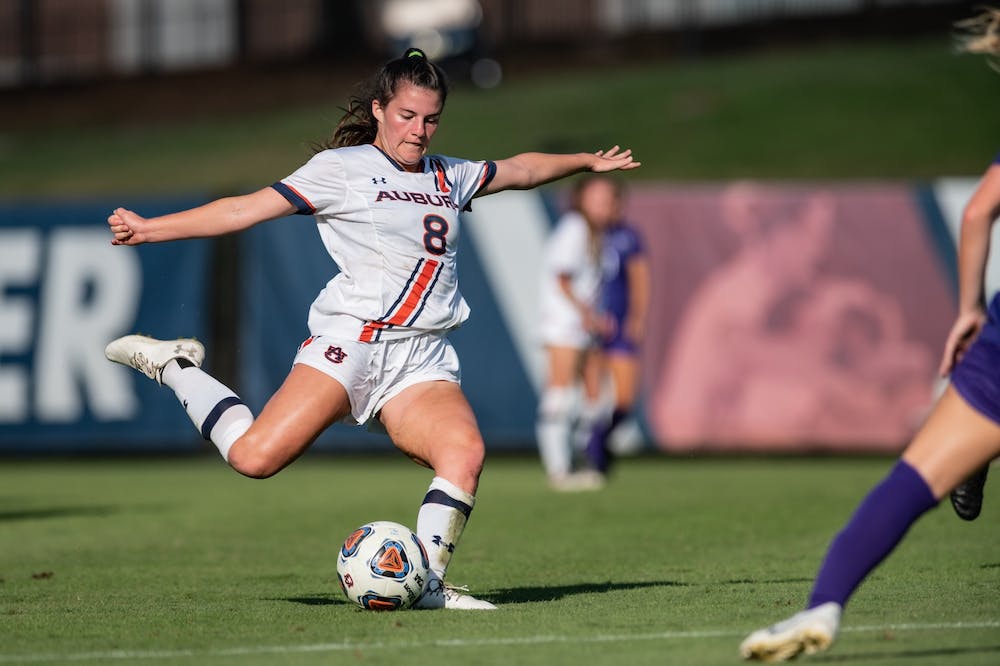 AUBURN, Ala. (EETV) - The No. 16 Auburn Tigers went head-to-head against No. 2 defending national champions, Florida State, securing a 1-1 tie after a rain delay in Tallahassee.

Junior Auburn goalkeeper, Maddie Prohaska, had numerous saves throughout the night, starting with Florida State’s first shot on goal from forward Beata Olsson in the fifth minute of play. Midfielder Clara Robbins aimed a shot to the top left of the goal, which was also swept away by Prohaska.

The Tigers had a shot on goal taken by freshman defender Hayden Colson to the bottom center of the net, punched out by Florida State goalkeeper Cristina Roque. Junior forward Marissa Arias followed with a shot, along with sophomore midfielder Carly Thatcher.

Florida State midfielder Ran Iwai set up an almost goal-scoring play, serving the ball into the box, where forward Jody Brown was there to slam a beautiful volley towards the net, deflected off the crossbar. In the 29th minute, a foul was called in the box on Colson, awarding a penalty kick to the Seminoles, where senior Heather Payne put FSU up by one.

The second half started strong for the Tigers as they earned a corner kick and a shot by junior midfielder Anna Haddock to the top of the net, saved by Roque. Prohaska broke through two more saves with a shot from Olsson and a shot from Robbins off a Seminole corner kick.

A foul in the 61st minute of the game led to a crucial moment for the Tigers as Haddock took the free kick, placing it spot-on for sophomore midfielder Sydnie Thibodaux to get a powerful header into the net and putting the score at 1-1.

“Anna (Haddock) played it perfectly to me, and I’m glad I was able to finish it,” Thibodaux stated.

The Tiger’s defensive line worked to keep out the Seminole’s offense, and Prohaska ended the game with two more saves, a total of nine saves for the night.

“I think that our defense showed tonight that we can hang with any championship-caliber team,” Prohaska explained. “Our defense is more than the back four it’s all 11 of us.”

The Tigers will return on Sunday, Aug. 28, as they take on Wake Forest, with kickoff set for noon CT.