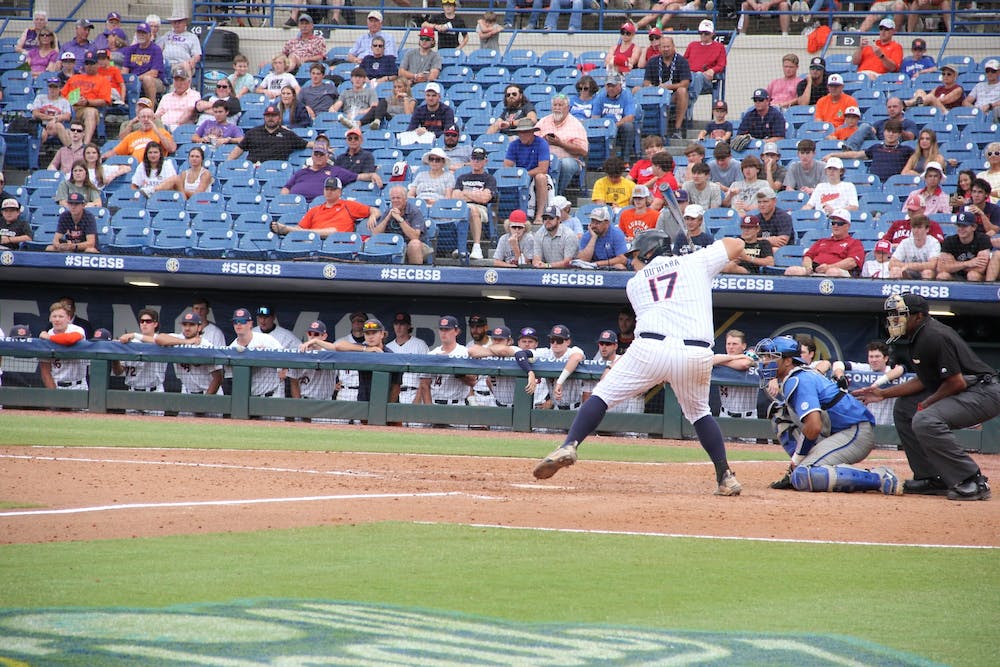 Auburn, Ala. (EETV) - Auburn is heading to Omaha for the second time in three years after defeating Oregon State in the Super Regional, 4-3.

Blake Burkhalter stole the show late in the game with the last eight outs in the game for the Tigers with five strikeouts across the two and two-thirds innings. This performance gives Burkhalter his 15th save of the season.

Auburn's pitching gave the Beaver batters fits, racking up 14 strikeouts out of the 27 total outs of a game to send the Tigers back to the College World Series.

"We're thankful," Auburn coach Butch Thompson said. "To be able to go back to Omaha so soon is a testament to a few guys like Brody Moore, Kason Howell and Carson Skipper, who were on that team in 2019. They've done an amazing job with half of this team being new this year."

Auburn's offense did not have the same game they were used to in this postseason run, only accumulating three hits, but the Tigers took advantage of them.

Auburn's Co-SEC player of the year, Sonny DiChiara, left his mark on the low-scoring affair going two-for-two at the plate with two runs and two RBI. One of the hits was his 22nd homer of the season to give Auburn a 2-0 lead at the top of the third.

"They left one over the plate for me, and I was able to put a good bat on it," said DiChiara. "I'm thankful we were able to hold them off."

The other two runs of the game came from DiChiara scoring on a groundball to second from Brooks Carlson and Brody Moore's squeeze bunt to send Bobby Peirce to home plate.

Auburn was projected to finish 7th out of seven teams in the SEC West and now joins three other SEC West programs in the College World Series, Ole Miss, Texas A&M and Arkansas. Auburn is in the 'Elite Eight' of baseball, vying for a National Championship.

"This is awesome," said Moore. "What an experience for the Auburn Tigers to come from so many miles away and get it done. We're not done yet. We're just a team out there. We mesh well together, we're best friends on and off the field, and we love this University."

In the sixth College World Series in program history, the Tigers will play Ole Miss on Saturday at 6 p.m. CT on ESPN2.