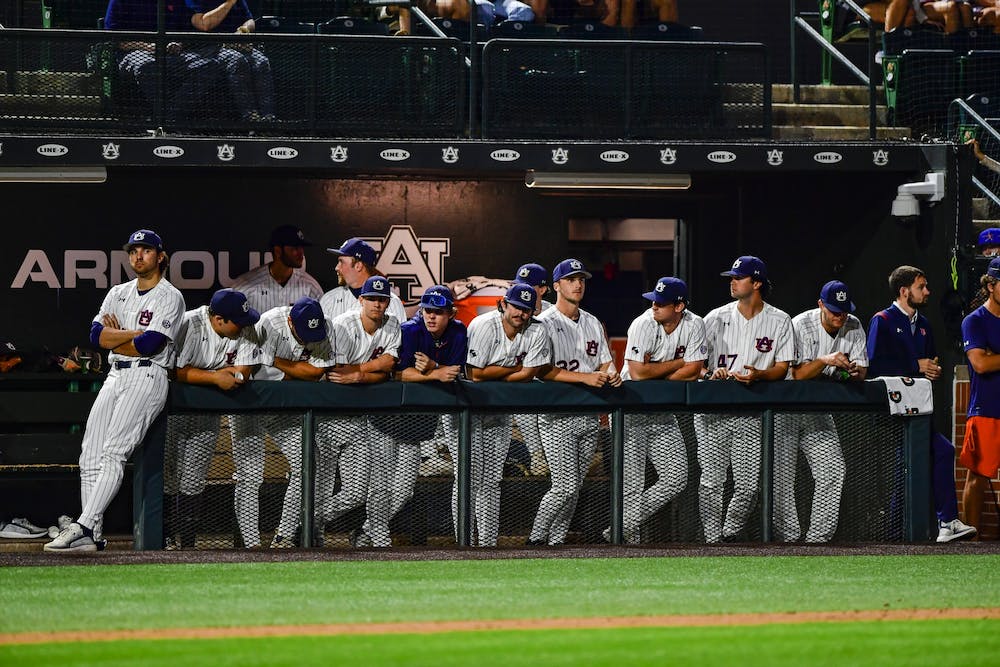 Auburn, Ala. (EETV) - Auburn scored six unanswered runs to end No. 2 Stanford’s season and capture the Tigers’ first win in Omaha since 1997, 6-2.

“Exciting to get a win for our program here in Omaha,” Auburn coach Butch Thompson said. “These guys are giving us all they’ve got and I love my team.”

Stanford struck first with a double from Brett Barrera to bring in Brock Jones for the early one-run lead. Stanford doubled their lead in the second inning with an Adam Crampton double down the left-field line to bring in Tommy Troy.

Trace Bright started on the hump for Auburn. In his five innings pitched, Bright recorded eight strikeouts, an Auburn College World Series Record, and allowed five hits and two runs before being replaced by Tommy Sheehan.

“He steadied himself and went to another level in the third,” Thompson said. “That’s a developmental piece where I’m proud of him.”

The Tigers erupted in the sixth inning for four runs. Singles from Mike Bello and Blake Rambusch and a hit-by-pitch taken by Sonny Dichiara loaded the bases for Auburn.

Bobby Peirce took a ball on a full count to bring in Bello for Auburn’s first run. Cole Foster doubled to center field to bring in all three base runners to give the Tigers a 4-2 lead.

In the seventh, Bello walked and was replaced by Bryson Ware as a pinch-runner. Rambusch hit a double to left field to send Ware to third base, and a sacrifice fly by Brody Moore brought Ware home. Peirce grabs another RBI with a double to bring in Rambusch and the lead to four runs.

Blake Burkhalter produced five strikeouts in his two and one-third-innings pitched, starting with a strikeout in the seventh with the bases loaded to get the Tigers out of a jam.

Auburn will face the loser of Ole Miss/Arkansas tomorrow at 6 pm CT on ESPN.

“I want us to fight and I want us to attack. That’s all you can ask for,” Thompson said. “Thankful for today and excited about tomorrow.”