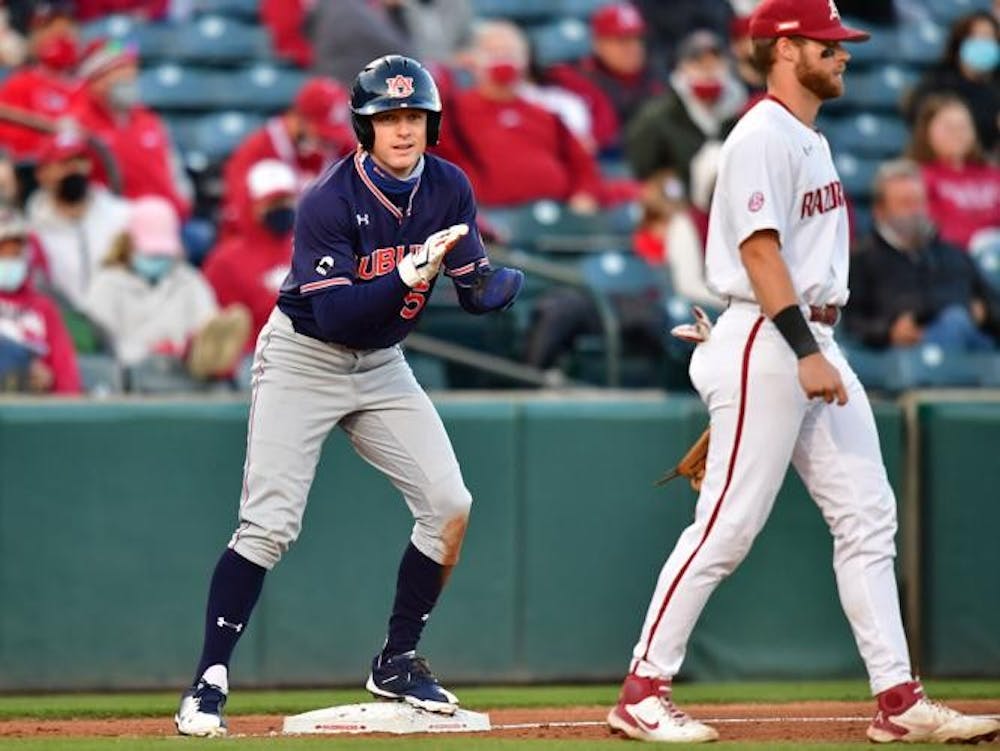 In the first home game in two weeks, the Auburn Tigers stormed to a 5-0 lead heading into the fifth inning. Both teams pulled their starting pitcher after four innings played, and the game was decided by the play of the relievers.

"Our offense kept competing and battling and did enough for us to have success in this ballgame,” head coach Butch Thompson said, “but those three run-homers led to a three-run win for Arkansas."Auburn struggled to bring runners in, leaving nine on base across the game.

In the second game of the series, Auburn was able to outlast the Razorbacks with three unanswered runs in the seventh and eighth innings.

“"We found a way today," Thompson said. "What a difference a day can make. This is just the resilience and the hallmark of this ballclub this season.”

Reliever Carson Swilling earned the win on the mound for the Tigers after allowing zero hits against six batters to close out the final two innings of the game.

Moore was the only Tiger with two hits on the day and scored one of the five runs for Auburn.

Auburn was unable to complete the late comeback in the final game of the series and fell by three against the No. 3 team.

Auburn started early with a 2-0 lead, but that was short-lived. Arkansas went on to a 7-3 lead in the seventh. Auburn was able to get a run back in the ninth, but the comeback effort was cut short by a double play.

Brody Moore completed his series with yet another 2-hit game.

DiChiara and Bobby Peirce’s home runs accounted for three of Auburn’s four runs in the contest.