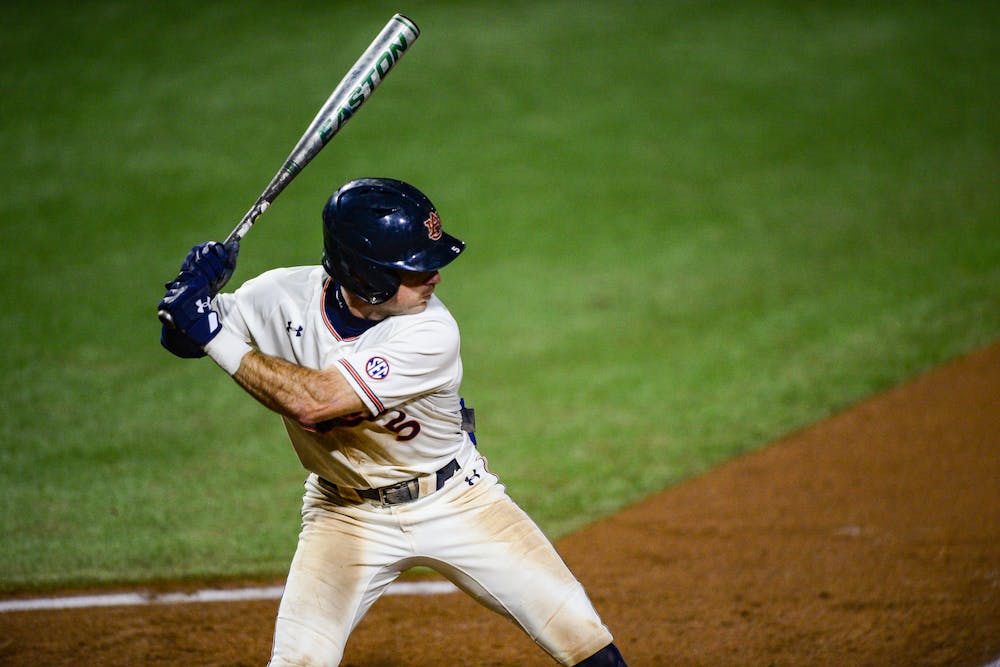 In the opening game at Lindsey Nelson Stadium, Auburn took a 4-2 lead in the sixth inning. In the seventh and eighth inning, Tennessee scored 15 runs on 16 hits to blow the Tigers out of the water with a 4-17 victory.

"It's a tough way to end the seven-game winning streak," head coach Butch Thompson said. "It was a really good ballgame until the seventh. We did not plan or forecast for the injuries tonight. We will take it one day at a time and refocus our guys to let them know it's OK. It's just one baseball game, and we have to come out ready to play tomorrow."

The second game of the series had no shortage of the late-game magic seen in the first. Down by one run heading into the final frame, Kason Howell hit an RBI double to bring Bryson Ware in for the tying run. Sonny DiChiara was then intentionally walked, and Bobby Peirce blasts a three-run homer over left field to give Auburn an 8-5 lead heading into the bottom of the ninth.

Peirce ruffled a few of Tennessee's feathers with a bat flip after hitting the eventual game-winning home run, which sparked a commotion from the two benches.

Konner Copeland finished the game on the mound for Auburn, and with a pair of strikeouts, Copeland allowed only one run for this first SEC win of the season.

"The atmosphere was crazy," Copeland said. "I had adrenaline, but I did my best to not let it get out of control. I just wanted to make sure I had all my stuff going and go out and throw strikes and get the outs."

The second game of the series ended 8-6 to even the series and set the stage for an electric game three.

The Vols started hot in game three, scoring three runs in the first inning. Fans waited until the fifth inning before another team scored when Peirce got a hold of his second home run in his last three at-bats. Auburn scored two more to tie the game at 3-3 in the sixth inning.

Jordan Beck for Tennessee hit a two-run home run for the lead in the eighth, and in the ninth, Auburn fell victim to a three-up three-down inning to close the series.

The Auburn Tigers turn their attention to No. 2 Arkansas at home this weekend. The first game is Friday at 7 pm CT.