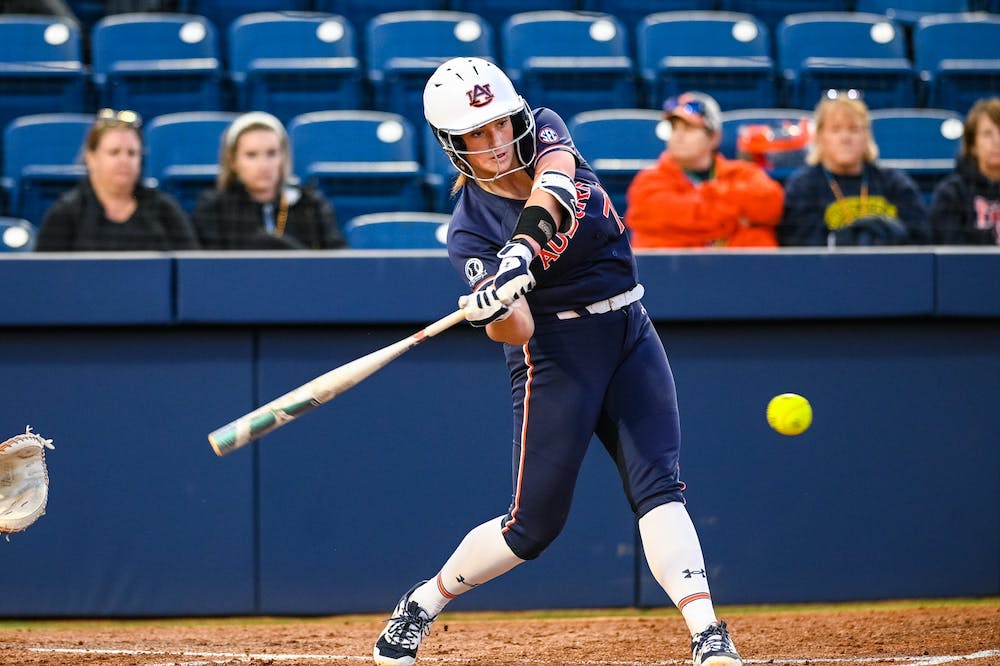 AUBURN, ALABAMA. (EETV) - Bri Ellis was honored as the SEC Freshman of the Week on Tuesday following the Tigers' week in which they outscored opponents 33-7.

Ellis played a big role in the high-scoring affairs batting 6-for-7 over the three-game span. Ellis led the Tigers with a .889 on-base percentage, the freshman totaled five runs with an additional seven runs batted in.

Three of Ellis’ six hits were home runs as a result she led the team in slugging with a 2.143 slugging percentage.

The first baseman set a career-high in hits with a total of three on April 13 against Mercer.

She joins Jessie Blaine as the second Auburn player to receive the award this year.

Ellis will be back in action tonight, April 19 at 7 p.m as the Tigers host Jacksonville State.