Auburn evens series versus the Bulldogs 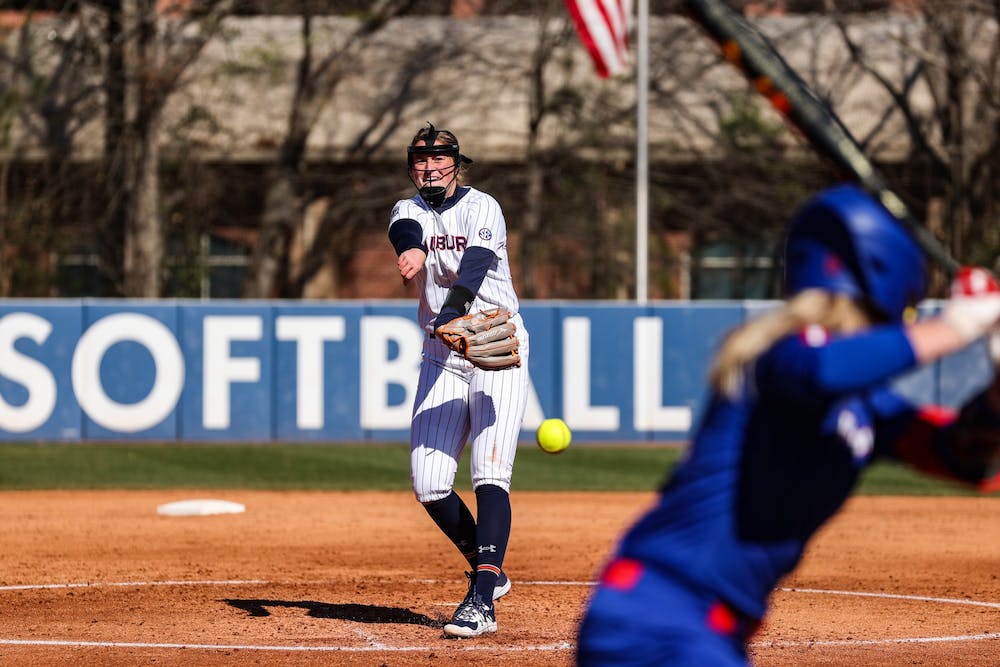 AUBURN, ALABAMA (EETV) - The No. 18 Tigers evened up the series against the Mississippi State Bulldogs on Saturday with a 5-2 win at Nusz Park.

Auburn started their offense off strong with a three-run first inning. Junior Lindsey Garcia knocked a single to right field on the first pitch of the game, followed by a sacrifice bunt by Makayla Packer with an error from the Bulldogs allowing her to reach second. Freshman Jessie Blaine then brought home both runners with a single down the left line. The last run of the inning was from a sacrifice fly to deep centerfield by senior Aspyn Godwin.

The Tigers were held scoreless over the next few innings until Godwin doubled down the line as the lead-off hitter in the sixth. Junior Carlee McCondichie followed up with a double to deep center field and then reached third on a ground ball. The final run for Auburn was when sophomore Kelsey Schmidt baited the Bulldogs catcher by breaking to second but then stopping leading to a missed throw which allowed McCondichie to score.

Auburn's pitching stayed strong throughout the game with three different pitchers only allowing one hit each. Sophomore Shelby Lowe pitched through the first two innings before freshman KK Dismukes replaced her for three more. Maddie Penta closed out the game for the Tigers only facing seven batters in the last two innings.

"We had so may kids play in this game and had to contribute," said head coach Mickey Dean. "We're still fighting through injuries, and they came out and did what they did."

The Tigers look to win the series at Mississippi State on Sunday. The game will be held on SEC Network+ and is scheduled for 12 p.m. CT.