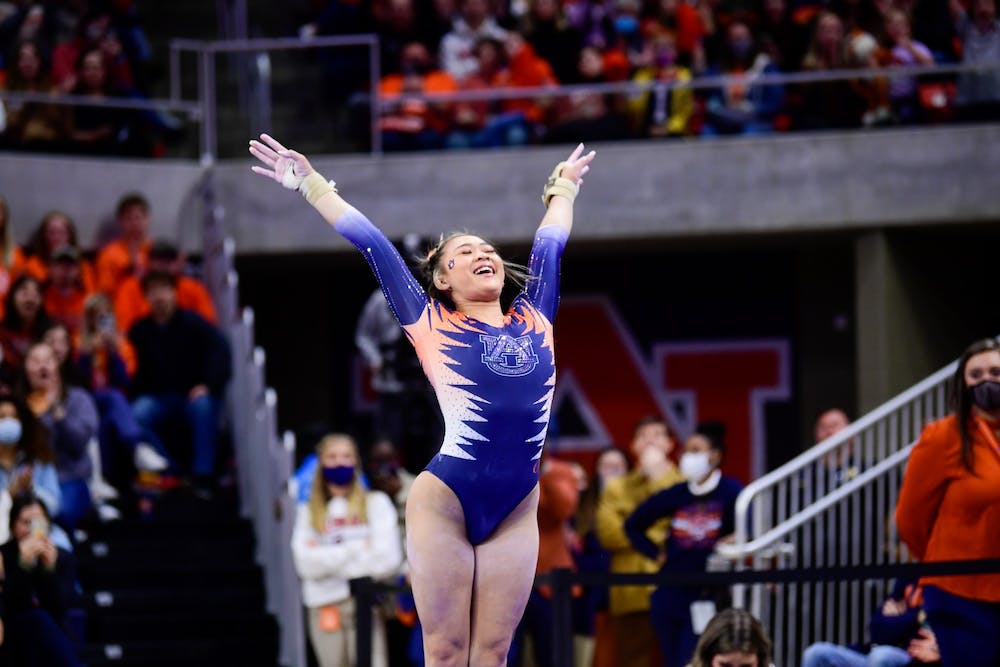 AUBURN, ALABAMA (EETV) - Freshman Sunisa Lee wins the bars at the SEC Championship to mark the first perfect ten at the SEC championships in program history. This is Lee's fourth 10 of the season and helps propel Auburn to a 197.225 score.

With the program's high score in the SEC championships, Auburn finishes in the highest position in program history at the competition with third.

"Really proud of her," Graba said about Stevens. "She's really stepped into this leader role. I believe she's one of the best all-arounders in the country, and it showed today. It's a lot of fun to see her starting to peak at the right time."

Florida's Trinity Thomas took home the all-around title posting a 39.825, and won event titles on vault and floor with a 9.975 on both.

Auburn started slow on the beam after having two falls and scored a 48.9 despite Groth's 9.95 and Gabby McLaughlin's 9.9. With the 9.95, Groth earned runner-up honors on the beam.

"She's starting to click," Graba said about Groth. "When she clicks, she's really, really good. I think that built her confidence up. The team is obviously going to take confidence from that."

Auburn was able to turn it around on the floor, finishing with a 49.425. Derrian Gobourne and Lee share runner-up honors after both scored a 9.95 in the second rotation of the night. Aria Brusch and Drew Watson helped the Tigers by posting a 9.85 and a 9.8, respectively.

"This group has to learn to be in the postseason," Graba said. "You have to weather adversity. I wanted to see that they could bounce back. To go to floor and start to kick into high gear, that was important for us."

In Auburn's third rotation, Watson led the vault efforts with a 9.9, and Lee and Stevens both scored a 9.875.

Auburn will host an NCAA Regional in Neville Arena on March 31 and April 2. The Tigers will look to the fans to give them the advantage to head to Fort Worth, Texas, and the NCAA Championships on April 15-16.