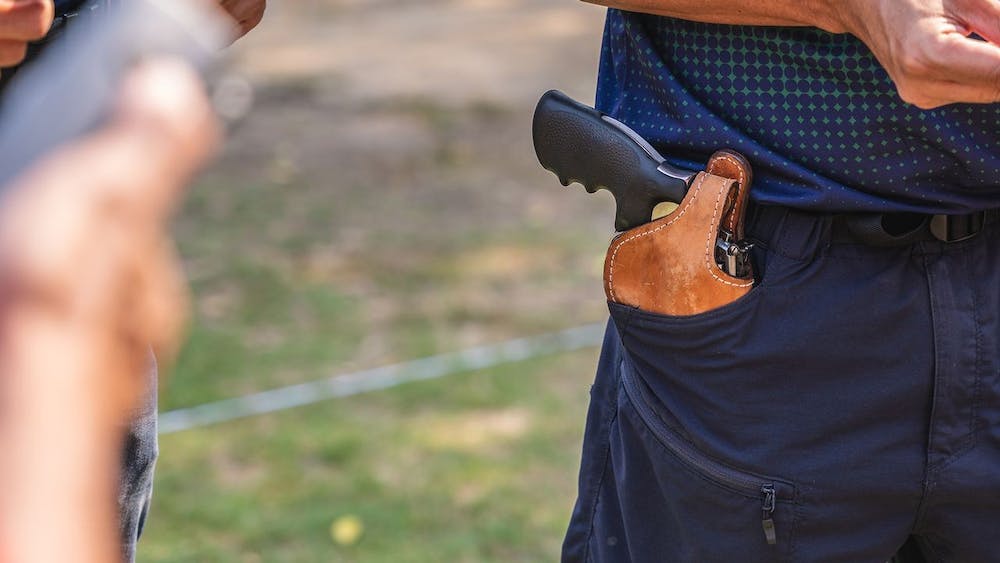 MONTGOMERY, Ala. (EETV) - Governor Kay Ivey signed House Bill 272, also known as the Constitutional Carry Bill, Thursday afternoon. It will not go into effect until Jan 1.

The bill revises certain restrictions on carrying or possession of a pistol, as well as eliminates the requirement to obtain a permit in order to carry a concealed pistol in most places.

"Unlike states who are doing everything in their power to make it harder for law abiding citizens, Alabama is reaffirming our commitment to defending our Second Amendment rights," stated Gov. Ivey. "I have always stood up for the rights of law abiding gunowners, and I am proud to do that again today."

The bill was introduced in January by Rep. Shane Stringer (R - HD102) and was passed via conference committee on a 70 to 29 vote in the House of Representatives. The Senate later voted 24 to 6 in favor of the legislation.

While the legislation would abolish concealed carry permits in most places, it is not absolute. Current laws allowing private property owners to ban concealed weapons in their buildings would remain. The bill also requires people carrying weapons to declare that fact during a traffic stop. They would also be forbidden from touching the weapon. The legislation offers an initial $5 million allocation of state funds to sheriff offices to offset revenue losses from permits.

Alabama becomes the 22nd state to have a constitutional carry law in place.