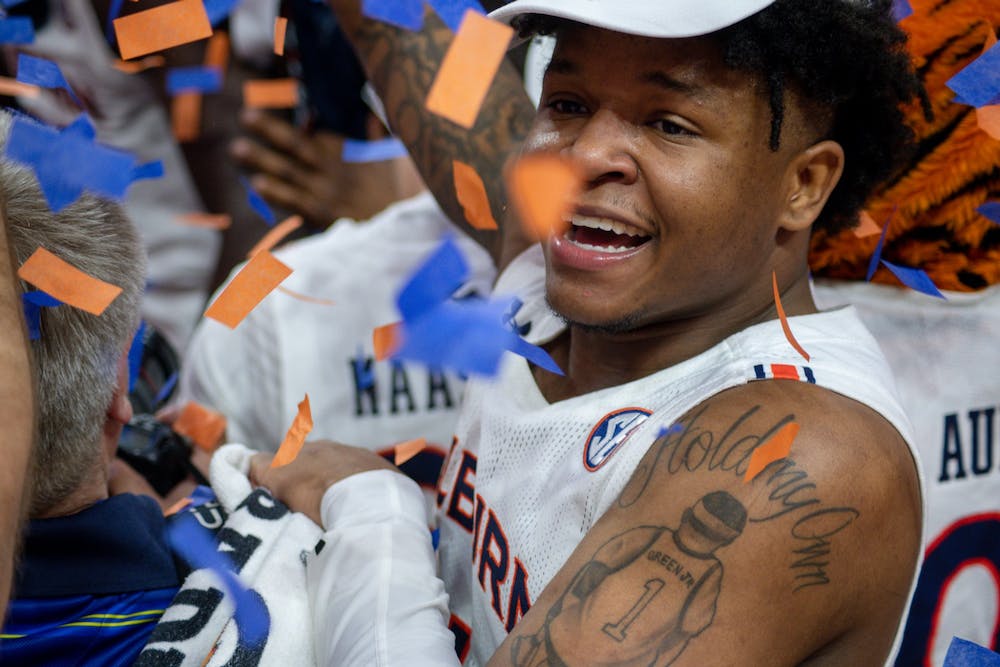 AUBURN, Alabama (EETV) - 'S-E-C' chants heard throughout Auburn as the No. 5 Tigers defeat South Carolina to be the sole champions of the SEC regular season. The final score was 82-71.

Auburn (27-4, 15-3) finished their first undefeated home season since 1998-99 after going 16-0 on the season. The Tigers extended their 18-game home winning streak and set the program record with 15 SEC wins in a season.

"It's all about the players. To be 15-3 in this league says they came to play every night," Auburn coach Bruce Pearl said. "We took no team for granted. They locked in, they grinded. The lessons these guys learned because of their own discipline are going to serve them well for the rest of their lives."

Auburn won its third SEC Championship in the past five seasons under Pearl. The first came in 2018 when Auburn won the regular season, and the second in 2019 when the Tigers took home the SEC Tournament trophy.

Jermaine Couisnard for the Gamecocks led the game in scoring with 22 points to pair with four assists.

"That's why I came here, to win," Smith said. "I felt like this school was going to put me in the best position to win a national championship. I'm not surprised at all that we won. It feels good. I just want to keep going."

Smith converted two 4-point plays on his way to shooting a perfect 3-for-3 from deep.

KD Johnson contributed 18 points of his own, and both Walker Kessler and Wendell Green Jr. also got in on the fun with double-digit points.

Auburn never trailed in the game after starting the game on an 8-0 run and had a 17-point halftime lead.

After winning the regular season, the team sets its focus on the SEC Tournament in Tampa, Florida. The No. 1 seed will face the winner of the No. 8/No. 9 game on Friday, March 11 at 11 a.m. CT on ESPN.

"That chapter is closed, the regular season," said Pearl. "Now it's postseason, and it's also March."