No. 1 Auburn survives on the road against Georgia 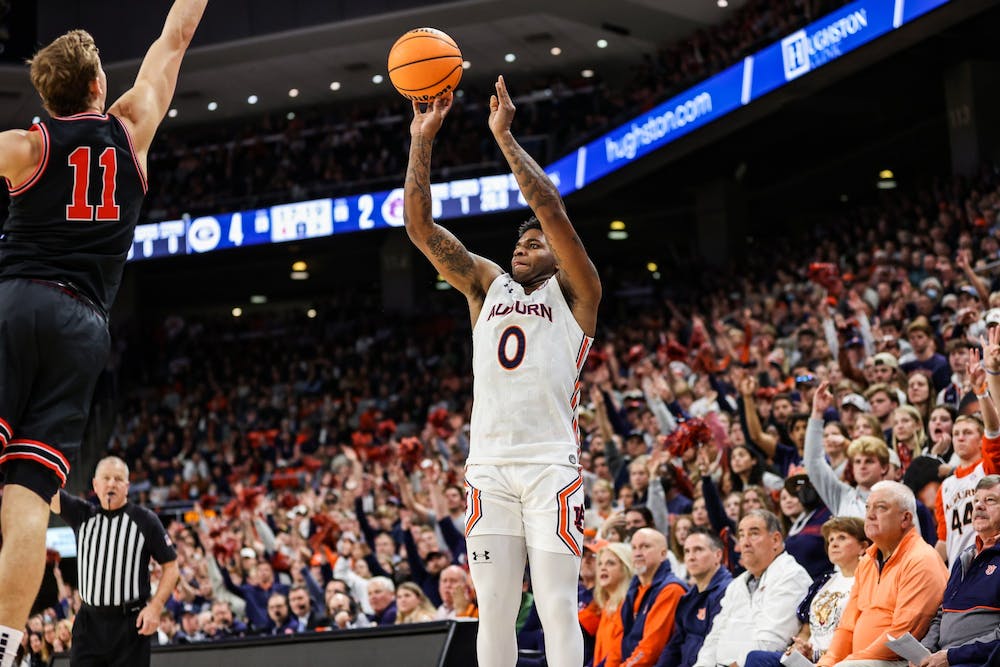 Jan 8, 2022; Auburn, AL, USA; K.D. Johnson (0) goes up for a three during the game between Auburn and Georgia at Auburn Arena. Mandatory Credit: Jacob Taylor/AU Athletics

ATHENS, GA (EETV) - Coming off the big win against Alabama earlier this week, Auburn turned their focus to their other rival Georgia. Auburn held off the Bulldog’s upset hopes winning, 74-72. With the win, Auburn moves to 22-1 on the season and 10-0 in league play. Auburn's win streak, the longest active streak in the country, moves to 19 straight games.

Auburn opened up as 16.5 point favorites and looked as if they would cover at halftime with a 12 point lead. Tom Crean and the Bulldogs came out fighting, though. Georgia quickly went on an 11-0 run to bring them within 1 point of the lead.

Wendell Green, Jr. was able to ice the game with a go-ahead layup with 3.6 seconds left on the clock. Georgia’s Aaron Cook was unable to hit the half court heave to win the game for the Bulldogs, and the Tigers survived.

Starting point guard Zep Jasper missed the game due to an illness. This caused Green to play 36 minutes - 10 more than his average.

KD Johnson led the Tigers in scoring with 20 points in his return to his former school. Kario Quendo led both teams with 25 points on 50% shooting. The Auburn bench, which has been the backbone of the Tigers, only contributed 10 points.

Georgia was able to take their first lead of the game with just over eight minutes to play after hitting free throws. Free throws were a common theme for the Dawgs, essentially keeping them in the game in the first half. Georgia shot 20 for 29 from the charity stripe, and Auburn only shot 14 for 18.

Pearl gave respect to the Bulldogs, “They can beat anyone, especially here.”

Jabari Smith struggled on the road again today with only seven points and three turnovers. Consistency on the road has been an issue for Auburn, almost dropping this game to Georgia and a game at Missouri last month.

The Auburn Tigers are back in action on the road again, this time against Arkansas in Fayetteville. The game is Tuesday, Feb. 8 at 6 PM CST and will air on ESPN2.