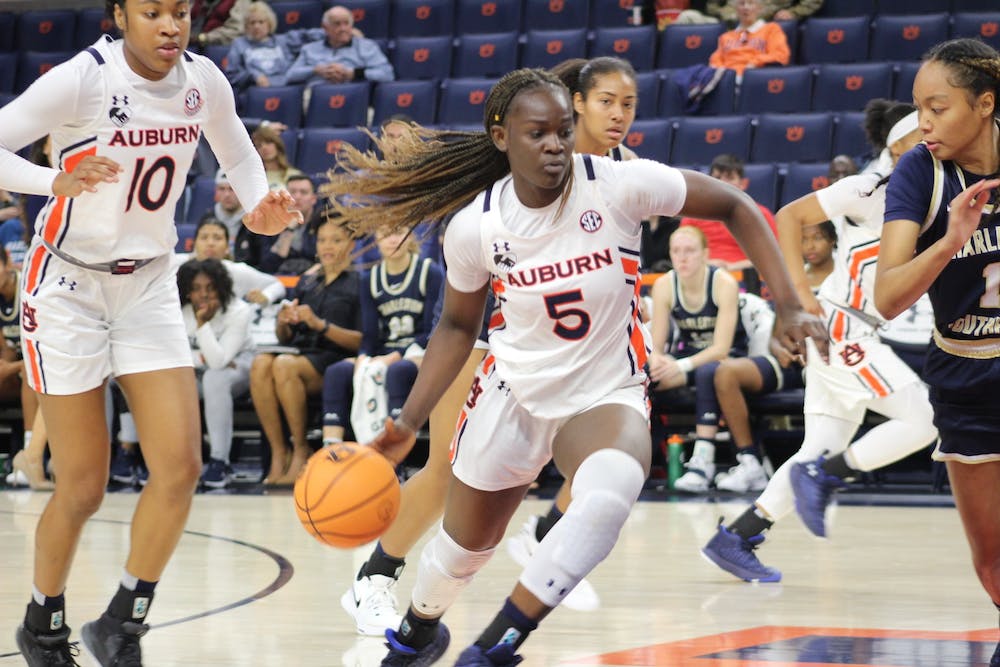 The Tigers started the game hot on a 9-0 run after letting up the first basket, but the lead was quickly cut short by a run for Mississippi State. The Tigers would stay within striking distance for the majority of the game until the Bulldogs pulled away at the end leading by ten with just a couple minutes left to play.

Redshirt senior guard for the Bulldogs Anastasia Hayes led both teams in scoring with 26 points. Aicha Coulibaly led the Tigers in scoring with 24 points. Coulibaly has now dropped over 20 points in the past three games against Tennessee, Vanderbilt, and now Mississippi State.

“We didn’t make our layups,” said coach Johnnie Harris after the game. “We didn't make our free throws.”

Auburn won the turnover, rebound, and second chance points battles but still couldn’t get the win due to their shooting woes. Auburn corralled 15 offensive rebounds but could only get nine second chance points; further adding to Coach J’s quarrel with the team's ability to make layups.

“We executed plays; we just didn’t finish,” Harris had to say about her team’s performance, “We came back in the fourth [quarter] and fought, but still couldn’t make layups and free throws.”

Despite the inability to make most of their layups, the Tigers recorded 42 points in the paint compared to MSU’s 26. The struggle to hit the 3-pointer was also apparent, going 2-for-13.

The Auburn Women’s Basketball team is back in action next Thursday, Feb. 10 in Fayetteville, Arkansas to take on the Razorbacks.