Auburn Baseball Gets First Win of the Year 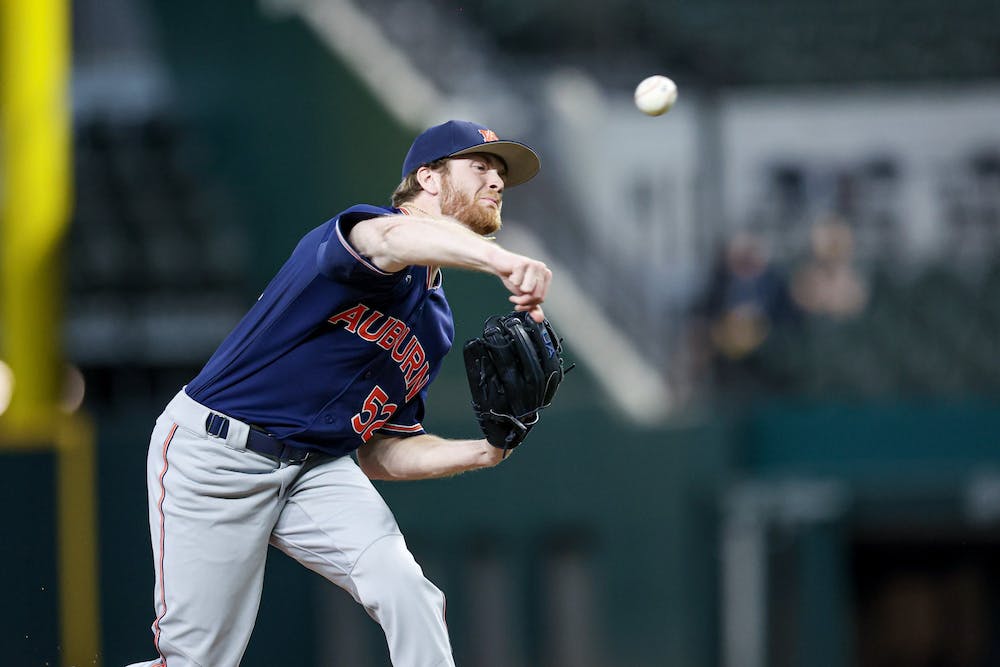 AUBURN, Alabama (EETV) -Auburn's pitching stole the show in Saturday's win over the Texas Tech Red Raiders (1-1). The Tigers (1-1) only allowed one run and three hits to win, 2-1.

Sophomore pitcher Joseph Gonzalez earned the win after pitching five innings and not allowing a run and only two hits with five strikeouts.

In the second inning, the Tigers rose to an early lead after Cole Foster's single brought in Bryson Ware for the game's first score. Ware was able to steal second base to get into scoring position.

"I knew he threw hard and had good stuff," Foster said of Texas Tech starter Brandon Birdsell. "With guys like that, I just try to stay simple. Once I got to 2-0, I knew a fastball was coming, and I just told myself, 'stay simple. Short and sweet.' "

At the top of the third, Ware continued his momentum onto the defensive end to throw out a Red Raider going home for the tying run.

Auburn doubled their lead in the fourth inning, with Sonny DiChiara drawing a walk and later scoring on a sacrifice fly by Kason Howell.

Texas Tech cut the lead in half in the sixth inning with a run from Owen Washburn but could not muster up another run to tie the game.

"Our pitchers did an amazing job," head coach Butch Thompson said. "We still have some things left out here offensively, but to be able to win a close game is huge for this ballclub."

Winning a close game is something the Tigers struggled with last season, with most of their losses being from just a few runs down. Auburn hopes winning these close games will become a trend across the season.

Auburn wraps up the State Farm College Baseball showdown Sunday morning at 10:30 against Kansas State (0-2), then focuses their attention on Troy (3-0) at home on Wednesday at 5 P.M.