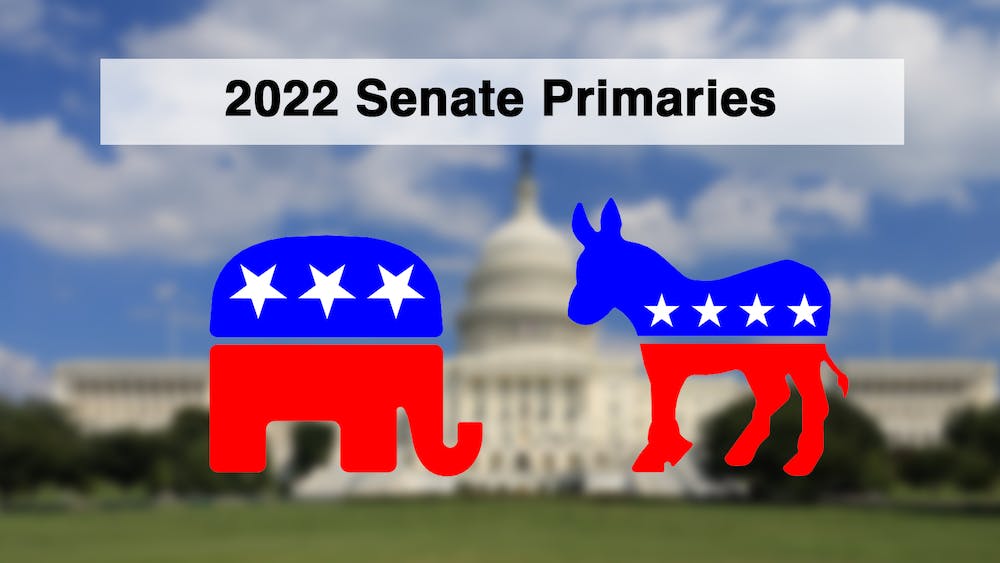 MONTGOMERY, Ala. (EETV) - Alabama has an open Senate seat in the 2022 election, and candidates of both political parties are trying to get on the ticket. The Senate seat is open as incumbent Senator Richard Shelby announced his plans for retirement in February of 2021.

According to the official US Senate website, Senators "propose, author, and vote on federal legislation that touches upon all aspects of U.S. domestic and foreign policy. Senators provide advice and consent on executive nominations and treaties and conduct oversight of all branches of the federal government." Each state elects two senators. Alabama's other Senator, Tommy Tuberville, was elected in 2020 and will be up for reelection in 2026.

Lillie Boddie is from Florence and declared her candidacy on August 26, 2021. No other campaign info could be found.

Katie Boyd Britt is from Enterprise and declared her candidacy on June 8, 2021. Britt has previously served as the President and CEO of the Business Council of Alabama as well as the Chief of Staff for Senator Richard Shelby. Currently, Britt is endorsed by Senator Shelby, as well as organizations like Maggie's List, the Alabama Forestry Association, and the Automobile Dealers Association of Alabama. According to Open Secrets, Britt has raised the most money of the Senate candidates, raising almost five million dollars. Britt is running on the campaign of Alabama First, being pro-life, improving education in Alabama, and fixing the broken mental health system.

Mo Brooks is from Huntsville and declared his candidacy on March 22, 2021. Brooks is the US Congressional Representative for North Alabama (AL-05) and has served in this role since 2010. Currently, he is on the House Committee and Armed Services and the House Committee on Science, Space and Technology. Brooks previously ran in the 2017 Special Election for the Senate and lost in the primaries to Roy Moore. Brooks has individual endorsements from Senator Ted Cruz, Senator Rand Paul, Representative Marjorie Taylor Green, Representative Barry Moore, Mark Levin, Dale Jackon, and more. Groups that have endorsed Brooks include the Senate Conservative Fund, the National Association for Gun Rights, and FreedomWorks for America. Brooks was previously endorsed by former President, Donald Trump, however, Trump rescinded his endorsement on March 23, 2022. If elected, Brooks promises to "drain the swamp," fight for the second amendment and stop illegal immigration.

Karla DuPriest is a small business owner from Mobile. While it is the first time DuPriest is running a campaign as the candidate, she is not new to the world of politics. She has served as the treasurer for Azalea City Republican Women and was a member of the 2018 Alabama Republican State Executive Committee. Since 2014, she’s worked as an absentee ballot manager for Mobile County Probate Judge Don Davis. Key issues DuPriest is keeping at the forefront of her campaign are small businesses, parents' rights to school choice, and helping veterans.

Mike Durant is from Huntsville and declared his candidacy on October 19, 2021. Durant is most well known for his heroic role and the sole US survivor in the 1993 "Black Hawk Down" incident in Somalia. He also has served as CEO of Pinnacle Solutions Inc. before turning control of the company over to employees through a stock ownership plan. Currently, Durant is endorsed by Jessica Taylor, who has previously announced her own candidacy before backing Durant, as well as Michael Flynn, former National Security Advisor to President Trump. His campaign focuses on being pro-life, pro-guns, and anti-mask mandates.

Jake Schafer is from Daphne and declared his candidacy on August 5, 2021. No other campaign info could be found.

Will Boyd is from Florence and declared his candidacy in January of 2022. Boyd is a pastor for St. Marks Baptist Church, but this is not his first election. In 2016, he ran for the US House and lost to Congressman Mo Brooks. in 2017, Boyd ran in the special election for Senate, losing in the primaries to Doug Jones. In 2018, he was the Democrat nominee for Lieutenant Governor, losing to Will Ainsworth. Boyd promises to fight for ethical excellence, educational equity, and ending voter suppression. Check out Eagle Eye's interview with Dr. Will Boyd below.

Brandaun Dean is from Brighton and was the first Democrat to announce his campaign, officially declaring his candidacy in 2021. The former mayor of Brighton, Dean is familiar with politics at the national level. He has worked with Senator Cory Bookers on a resolution to decriminalize marijuana nationally and with being a part of the fundraising network for then-Senator Kamala Harris. Public education reform, criminal justice reform, clean energy, and LGBTQ+ equality are issues Dean plans to focus on should he be elected as Senator. Check out Eagle Eye's interview with Brandaun Dean below.

Lanny Jackson is from Birmingham and no other campaign info could be found. Jackson did previously run for Mayor of Birmingham in 2017 as an independent. In the general election, he only received 41 votes.

Victor Williams had qualified for the 2022 Primaries, but the Alabama Democratic Party removed him from the ballot on March 5, 2022.