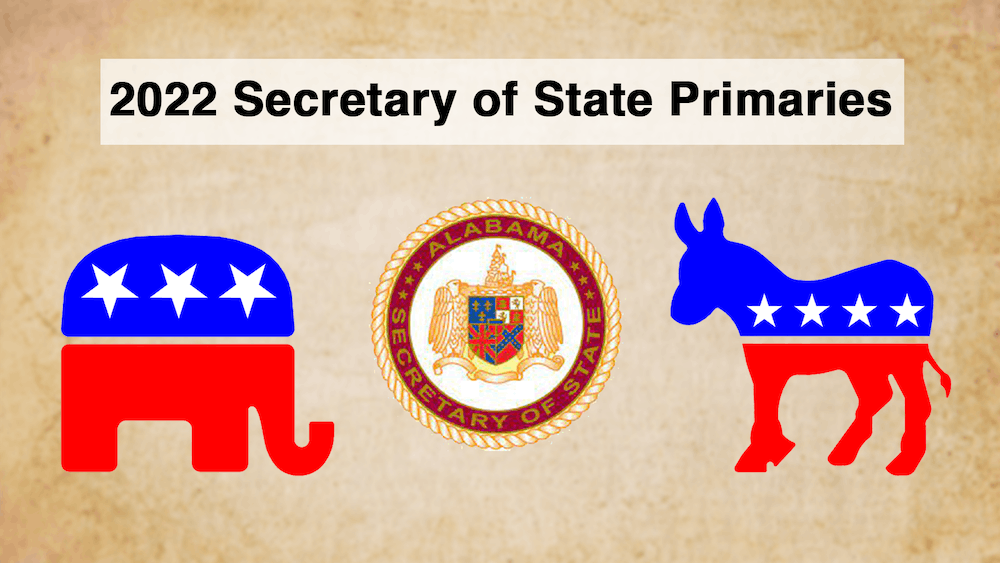 MONTGOMERY, Ala. (EETV) - The Alabama Secretary of State role is up for grabs this election cycle as current Secretary John Merrill announced he would not be seeking re-election. Many Alabamians in 2021 speculated that Merrill would make a run in the Senate race, but on April 7, 2022, Merrill released a statement that he would not be seeking any office in the 2022 election.

According to the official website, one of the primary roles of the Secretary of State is to serve as Alabama's "Chief Election Official." The Secretary also serves as the personal, official notary public for the Governor and keeps business records for the thousands of businesses in Alabama.

Qualified for the primaries on May 24 is one Democrat and four Republicans.

Pamela J. Laffitte is Corrections Sergeant from Mobile. She previously ran in 2020 for Place 5 on the Alabama State Board of Education. In that Democrat primary, she received eight percent. No other campaign info could be found.

Wes Allen announced his candidacy on May 7, 2021. A current state representative for state district 89, Allen is familiar with the world of Alabama politics. Prior to writing legislation, Allen served as the Probate Judge for Pike county for a decade. Campaign issues his website focuses on are eliminating early and mass mail voting, requiring photo id to vote and ensuring elections remain fair and secure.

Christian Horn is a business owner in Huntsville and officially declared his candidacy on February 24, 2022. Horn also serves as the chairmen of the Tennessee Valley Republican Club and is a member of the Madison County GOP Executive Committee. Horn previously ran for the state House District 53 seat in 2014 but was unsuccessful. Horn campaigns on the promise to protect Alabama's election system, promote it to other states and combat election fraud.

Jim Zeigler is the current Alabama Auditor but is looking to move to a higher state office as entered the race for Secretary of State on January 36, 2022. He assumed his current role in 2015, but also served in the Alabama Public Service Commission from 1974 - 78. Election integrity is the core of his campaign, as Zeigler promises to fight “ballot harvesting,” same-day voter registration, drop-off ballot boxes, and voting by mail.