"The Auburn Family turned out" 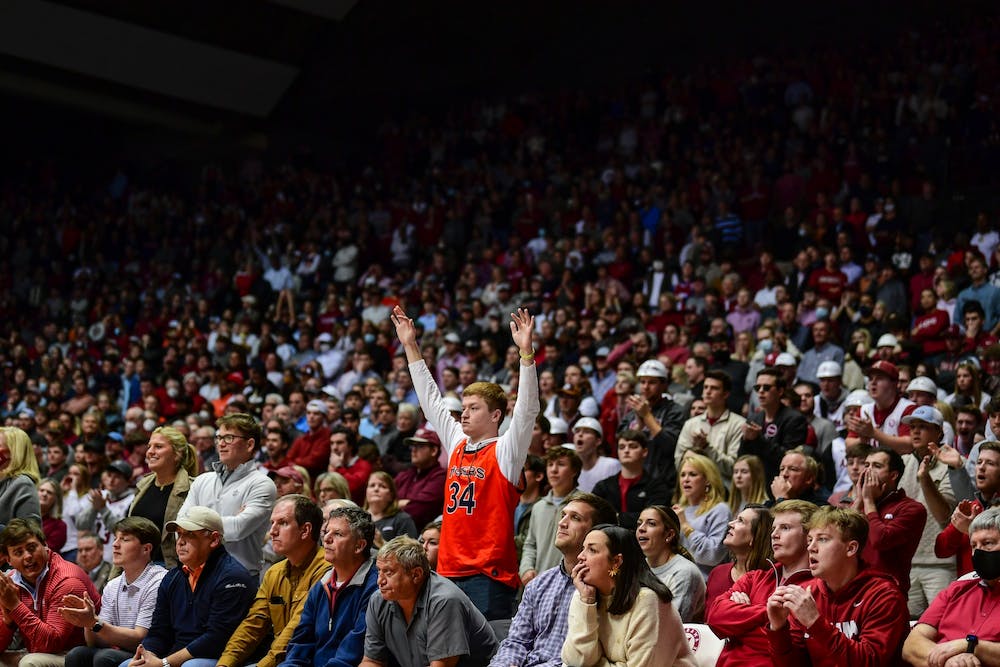 TUCSCALOOSA, Ala. (EETV)- Deep in enemy territory, Coleman Coliseum rained with chants of "I said it's great to be an Auburn Tiger," as Auburn closed out a 81-77 over their most bitter rival. Pearl and the rest of the team heard and felt the energy as The Jungle invaded Alabama's home court.

"This is something else," said head coach Bruce Pearl. "Our fans are travelling. It's exciting."

"The Auburn Family turned out. If y'all were here you saw what I'm talking about," Pearl said.

With 11 minutes left in the game, Dylan Cardwell picked up a flagrant foul and sent Alabama's Keon Ellis to the free-throw line. Ellis sank both attempts from the line and brought the Tide within four. The game was at a tipping point and Alabama was getting the ball back following the shots.

Ellis got the ball off the ensuing inbound and took a three trying to make it a five-point swing for Alabama but his shot bricked off the rim. Cardwell gathered the rebound and on the other end of the court finished it with a strong move and a dunk. Cardwell's dunk ignited a 10-0 Auburn run that silenced the Tide fans in attendance and got The Jungle roaring.

Chants of "Let's go Auburn," followed by "We can't hear you," rained from the upper sections of the arena that contained The Jungle. The effects on Smith and Co. were apparent and that support aided them down the stretch when things tightened up.

"It's a great recognition of our program," Pearl said. "Our fans are travelling like Kentucky fans now."

Even back in Auburn, The Jungle still found a way to support the Tigers. Whether that was with the 2,000 postgame memes posted on Alabama's final score tweet in two minutes or the students rolling Toomer's Corner after the win.

The Auburn faithful were out in Tuscaloosa and made sure they were heard.