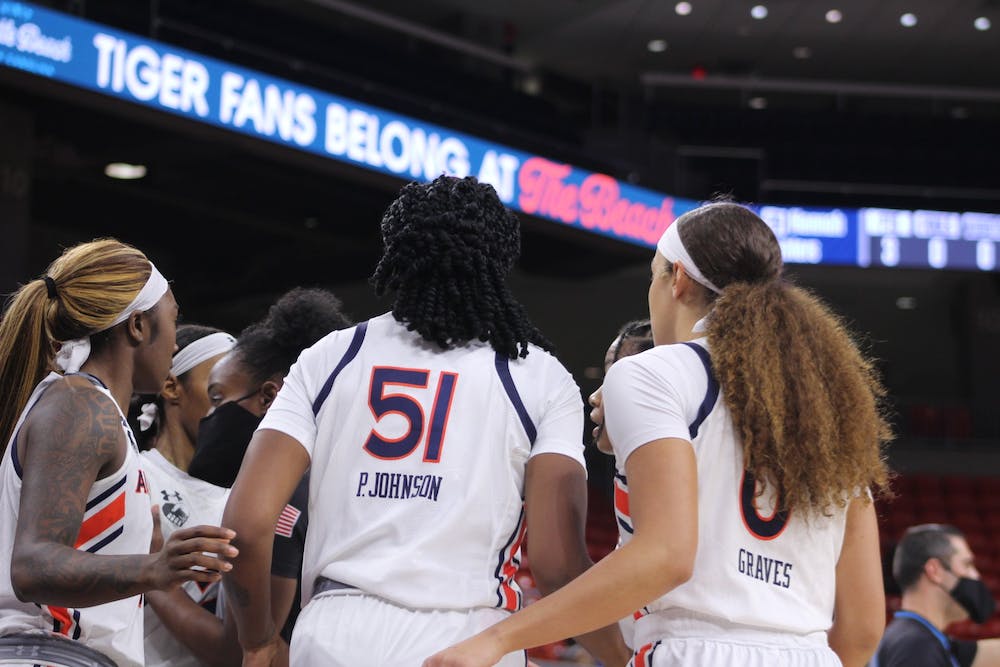 AUBURN, Ala. (EETV) - Auburn Women’s Basketball drops their fourth straight game in a heartbreaking, 68-63, loss to Florida in Gainesville, Florida on Thursday. With the loss, Auburn falls to 8-7 on the season and 0-4 in league play.

“We’ve got to keep fighting, and we’ve got to get smarter. We’ve just got to keep getting smarter. Every possession matters, and you can’t make plays like (we did late) and expect to win,” Auburn head coach Johnnie Harris said.

Sophomore forward Aicha Coulibaly was in the midst of one of her best games this season. Coulibaly just hit a free throw to put the Tigers up 58-56 with a little under four minutes to play. The free throw brought her scoring total for the night up to 24 points.

The Tigers had just roared back from a 13-point deficit to take the lead. Coulibaly, with three fouls, picked up her fourth foul with just under 3 minutes to play after she turned the ball over. In frustration, the sophomore slammed the ball on the court and picked up a technical foul and fouled out of the game.

“It’s very disappointing. … We were able to stay in the game, but a game like this, every possession matters. Your best player can’t get a foul and then a technical,” said Harris

The Tigers and Gators traded baskets for the next few possessions until a minute left in the game. Honesty Scott-Grayson picked up her fourth foul and the ensuing free throws would give Florida the lead.

20 seconds later Scott-Grayson picked up her fifth personal foul and fouled out of the game. The Tigers were now without their two highest scorers with the game on the line.

“I felt like we made some very selfish plays (late in the game),” said Harris.

Florida closed the game out on a 9-0 run to give them the separation they needed to win. Including their final six points that came from the charity stripe.

In the loss, Coulibaly led all scorers in points with 24. The sophomore also tallied a career-high eight rebounds in the losing effort. Scott-Grayson finished second in scoring for Auburn with nine points.

In her first Auburn start, Precious Johnson picked up seven points , five rebounds and two blocks in her 29 minutes of action.

The Tigers have been without a SEC win since Feb. 5, 2020 and their SEC losing streak now sits at 20. Coach Harris and Auburn will look to end that streak when they travel to College Station, Texas to take on Texas A&M on Jan. 16. Tip off is set for 4 P.M. CST and will be aired on the SEC Network.