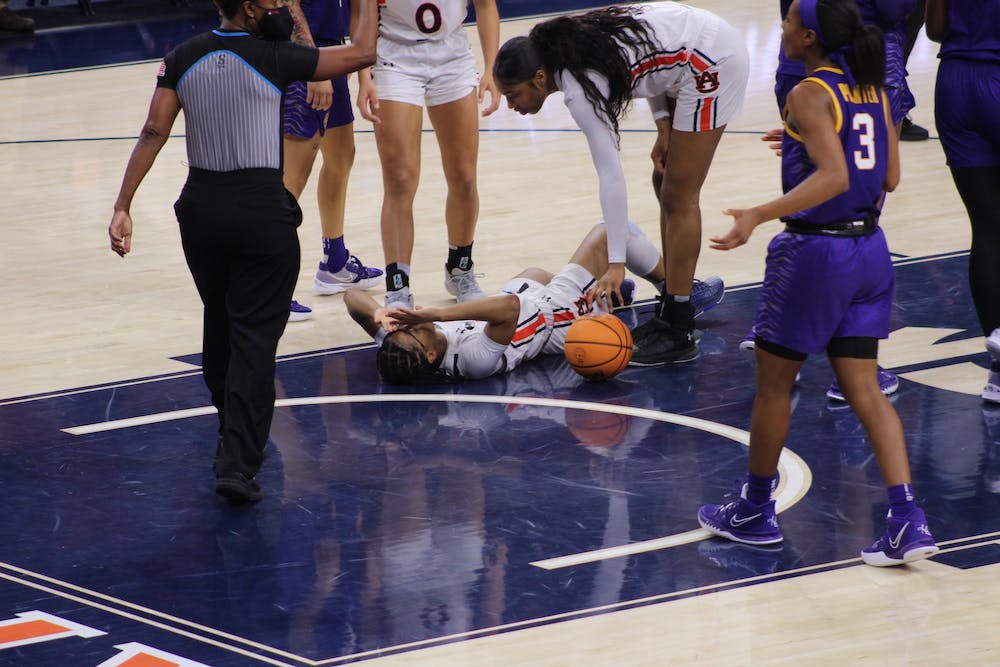 AUBURN, Ala. (EETV)- Auburn Women's Basketball dropped its fifth straight game on Sunday in a 71-53 loss against Texas A&M. The loss moves Auburn to 8-8 on the season and 0-5 in conference play.

“We struggled to score, we struggled to guard. Things just fell apart. … I thought we came back in the second half and competed. We challenged them at halftime to just go out and compete. It’s about pride at that point," Auburn women's head coach Johnnie Harris said.

Auburn challenged the Aggies for the first period as they closed the period out down seven. In the second period, Auburn fell apart. Auburn made three shots the entire second period. Auburn shot a poor 3-for-13 from the floor, while Texas A&M went 11-for-19 from the floor. Texas A&M outscored Auburn 25-6 and built a 26 point lead going to halftime.

“(Texas A&M) took advantage of us not having Aicha Coulibaly in. I thought they went to work on the inside, but it was also inside-out. We came off shooters and gave them wide open shots," said Harris.

Auburn's leading scorer, Aicha Coulibaly played limited minutes due to foul trouble but was able to put up 15 points and nine rebounds.

In the second half, Auburn outscored the Aggies 35-27, but the first half lead was too much to overcome.

"Second half, we attacked. We got in the paint, drew some fouls, made some jumpers in the paint. They started executing in the second half,” said Harris.

Honesty Scott-Grayson went scoreless in the first half, but was able to bounce back in the second with nine points. Scott-Grayson also added six rebounds and one assist.

Auburn returns to action on Sunday, Jan. 23 when they take on Alabama inside Auburn arena. Former head coach Joe Ciampi will be honored at the game and the first 500 fans in attendance will receive replica banners and Ruthie Bolton replica t-shirt jerseys. Tip off for the game is set for 3 P.M. CST and will be aired on ESPNU.