Kessler and Smith tabbed as player of the week 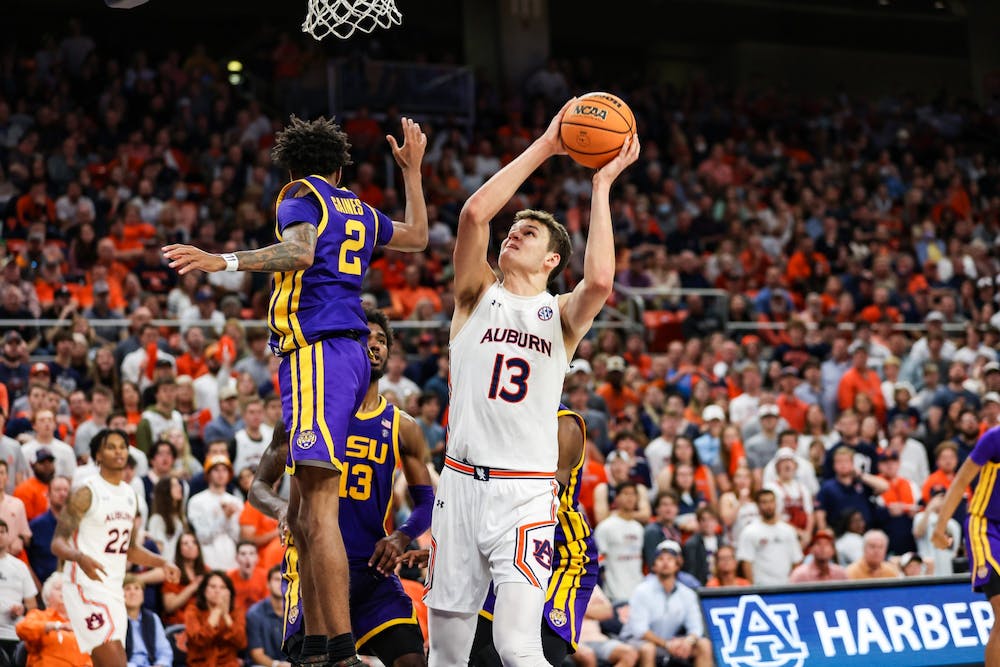 Dec 29, 2021; Auburn, AL, USA; Walker Kessler (13) goes up for a shot during the game between Auburn and LSU at Auburn Arena . Mandatory Credit: Jacob Taylor/AU Athletics

Auburn, Ala. (EETV)- The front court duo of Walker Kessler and Jabari Smith both earned Southeastern Conference league honors when the league office announced it on Monday.

Kessler was honored as the SEC Player of the Week for his performance in the win over LSU. The North Carolina transfer recorded the second ever triple-double in Auburn history when he recorded 16 points, 10 rebounds and 11 blocks in the conference opening win. This is the first time that he has been honored by the league offices for his performances this season.

The sophomore center was also tabbed as Naismith Trophy and ESPN Power Rankings Player of the week. Along with his triple-double performance, Kessler has been able to consistently put in good performances. Especially around the rim. Kessler is the first player since 2013 to record at least seven blocks in consecutives games and is third nationally in blocks.

Freshman Jabari Smith was tabbed as SEC Freshman of the Week for the second time this season. Smith continued his strong scoring performance in the win over LSU with a 16 points. It is the tenth straight game that Smith has scored in double-digits. Smith's 16.2 points per game is leading the Tigers in scoring and is fifth in the league.

The strong front court duo and the Tigers return to action on Tuesday Jan. 4 when they travel to Columbia, South Carolina to take on the South Carolina Gamecocks. Tip is set for 5:30 PM CST and will be aired on the SEC Network.