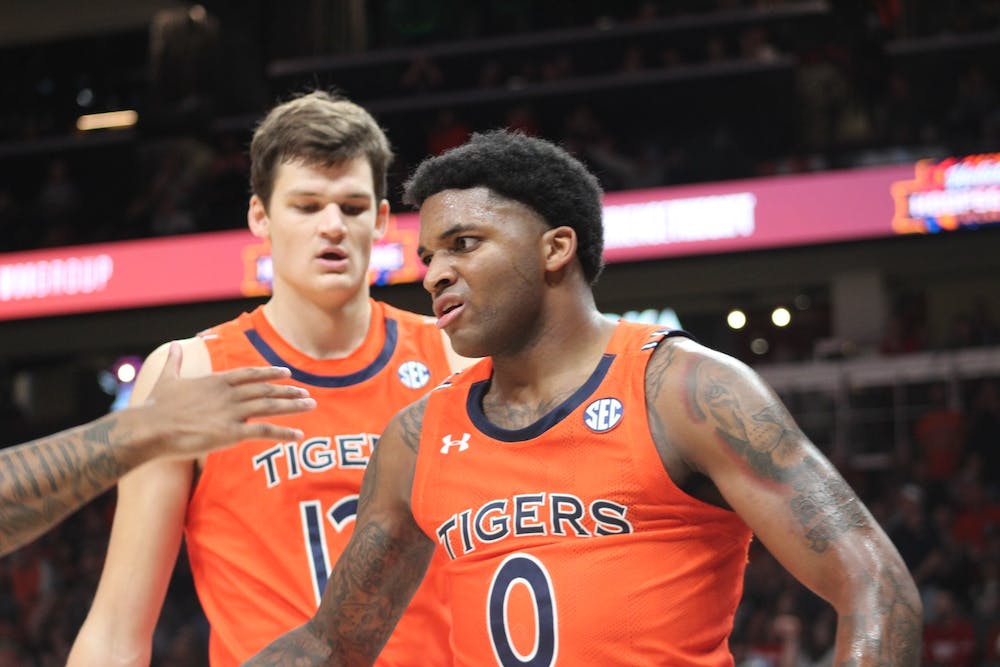 Auburn, Ala. (EETV)- No.9 Auburn defeated the Florida Gators 85-73 in Auburn Arena on Saturday night. This is the Tigers 11th-straight win, giving them the third longest active win streak.

K.D. Johnson led the Tigers with 23 points, including scoring the last seven points of the game. Johnson was 3-of-4 from three and 6-of-8 on free throws. Auburn had three other players score in double figures, including two bench players. Jaylin Williams led bench points with 14 points and Wendell Green Jr. added another 13 points off the bench.

"BP decided to keep feeding me and my confidence went even more up after that," sophomore K.D. Johnson said . He said his shots gave them a "comfortable lead" and Auburn's defensive stops gave them the win.

Auburn kept their lead despite late-game foul trouble and a Gator comeback. Florida's Anthony Juruji hit a 3-pointer to make it a one-point game with 8:37 left in the game. Smith hit a 3-pointer less than 20 seconds after that. The Tigers found a way back to their double-digit lead when Green hit one from behind the arc to make it 73-63.

Many players struggled to stay out of foul trouble, including Walker Kessler who fouled out with 2:01 left to play. Kessler had six points, eight rebounds and three blocks when the whistle blew. Smith had 4 fouls and Zep Jasper and Dylan Cardwell had 3 fouls apiece. Both teams combined for 39 fouls and 28 turnovers.

"Our focus is try to win and get better," Bruce Pearl said. "Clearly we'll have to play our best game at Alabama. You talk about a dangerous team- they handled Gonzaga."

The Tigers improved to 14-1 on the season and 3-0 in conference play. They will face off in the Iron Bowl of basketball on Tuesday, Jan. 11 at 8 p.m. CT. Alabama is coming off an upset loss to Missouri, putting them 2-1 in conference play.