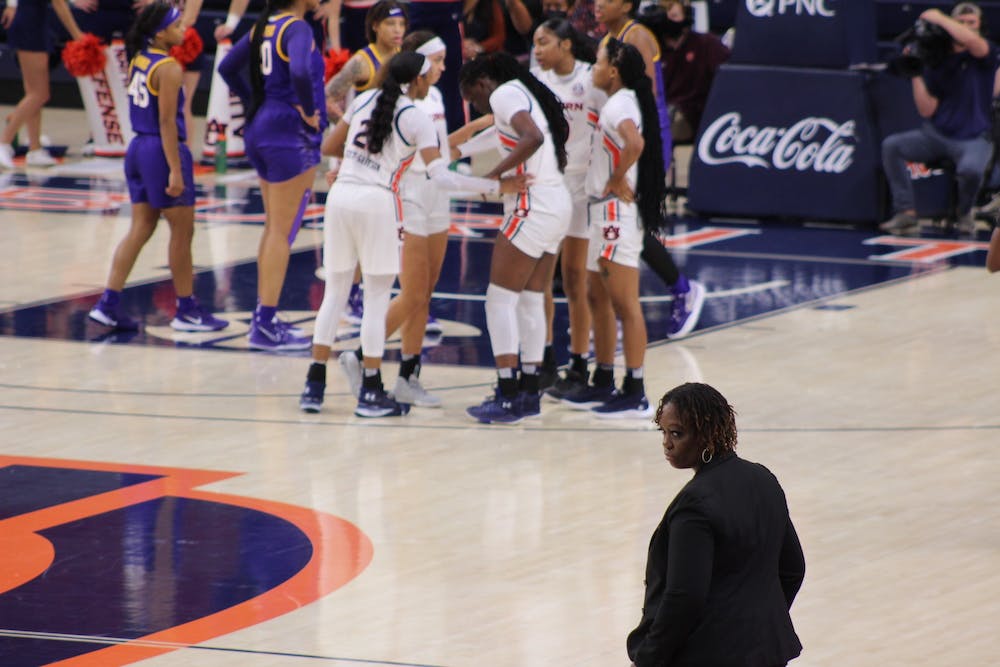 AUBURN, Ala. (EETV)- Auburn Women’s Basketball was defeated by LSU, 76-48, on Sunday inside Auburn Arena. With the loss, Auburn moves to 8-6 on the season and 0-3 in SEC play.

“Really disappointed in our start. I didn't think we came out and fought,” head coach Johhnie Harris said.

No. 13 LSU opened the game shooting lights out. The Bayou Bengals closed the first quarter out on a 21-4 run to give them the 26-8 lead as the two Tigers headed into the second.

In that first quarter, LSU controlled every facet of the game. They shot 63 percent from the floor and held Auburn to under 30 percent shooting. The Bayou Bengals went on a hot streak where they made seven straight attempts from the floor.

“They came out and popped us,” said Harris. “We knew the game was going to be physical but we came out timid."

LSU dominated the paint in this matchup as they out rebounded, out blocked and out scored Auburn in the painted area. LSU controlled the glass gathering 15 more rebounds than Auburn. The Bayou Bengals almost doubled Auburn’s points in the paint and gathered six more blocks.

Offensively, Auburn had one of their worst shooting performances of the season. Auburn was held to under 25 percent shooting on the day going 15-for-62 from the field.

“We took bad shots and we took early shots,” Harris said. “A lot of the time we went one side come off and we jacked it.”

Honesty Scott-Grayson and Aicha Coulibaly were both able to reach double figures despite the poor shooting day. Scott-Grayson finished her night with 12 points and Coulibaly finished with 13 points.

Auburn struggled from behind the arc going 1-for-13 with the lone three coming with less than two minutes to go in the ball game. Amoura Graves was the lone Tiger with a made 3-point shot.

Outside of the first quarter, Auburn was able to hang around in this game. The two Tigers were separated by 20 points for the majority of the game until it was far out of reach. Auburn held its own for stretches of the game but could never cut into the lead.

Both teams finished the second quarter being held scoreless for the final 3 minutes.

Texas transfer center, Precious Johnson, made her Auburn debut in the loss on Sunday. The 6-foot-5-inch sophomore picked up 2 points and one rebound in her nine minutes of play.

“I thought [Johnson] came out in the beginning and did fine. She did some really good things,” Harris said.

Johnson was just cleared by the NCAA and only went through one workout before the LSU game.

“[Johnson] has got a lot to learn and she has huge upside. I really believe her future is bright,” Harris said.

The Texas transfer will be a big piece for coach Harris and Auburn as her size has been something the Tigers have been lacking.

Johnson and Auburn will look to bounce back from the 30-point loss when they travel to Gainesville, Florida on Jan. 13 to take on Florida. Tipoff is set for 4 P.M. CST and will be aired on the SEC Network.