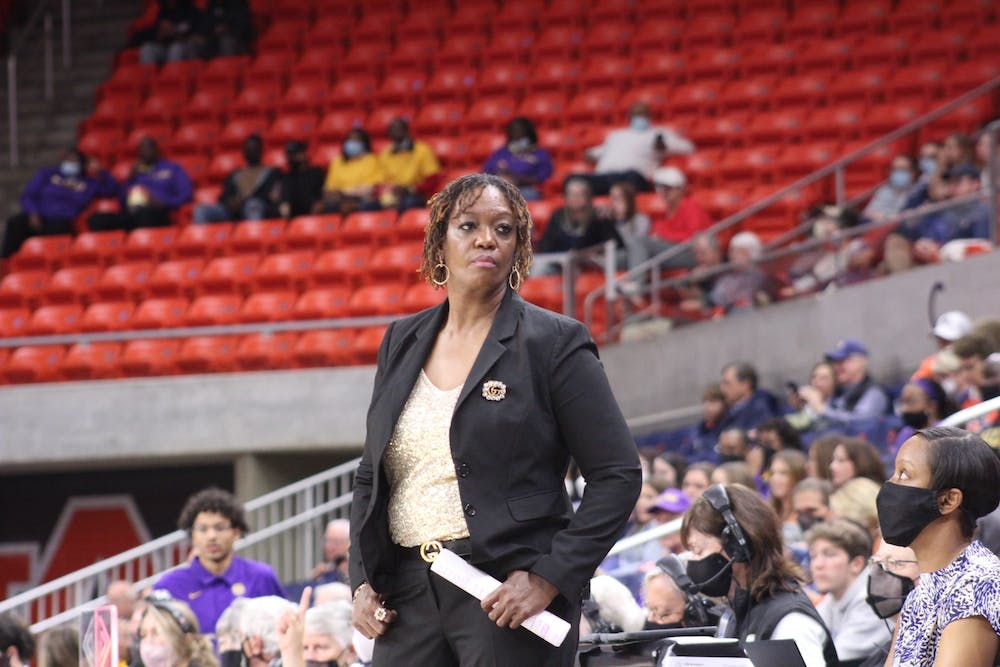 
Auburn Women's Basketball head coach Johnnie Harris looks down her bench in a matchup against LSU.

AUBURN, Ala. (EETV)- Auburn Women's Basketball game postponed from Dec. 30 was rescheduled to Tuesday, Jan. 25, inside Auburn Arena. Tip off is scheduled for 7 P.M. CST with broadcast information to be announced at a later date.

The game was originally scheduled to be Auburn's SEC opener this season but was forced to be postponed due to COVID cases inside the Auburn team. Auburn instead opened its conference play Alabama and has yet to pick up a win since conference play began on Jan. 2.

Tickets from the postponed date, Dec. 30, will still be accepted on the rescheduled date, Jan. 25.