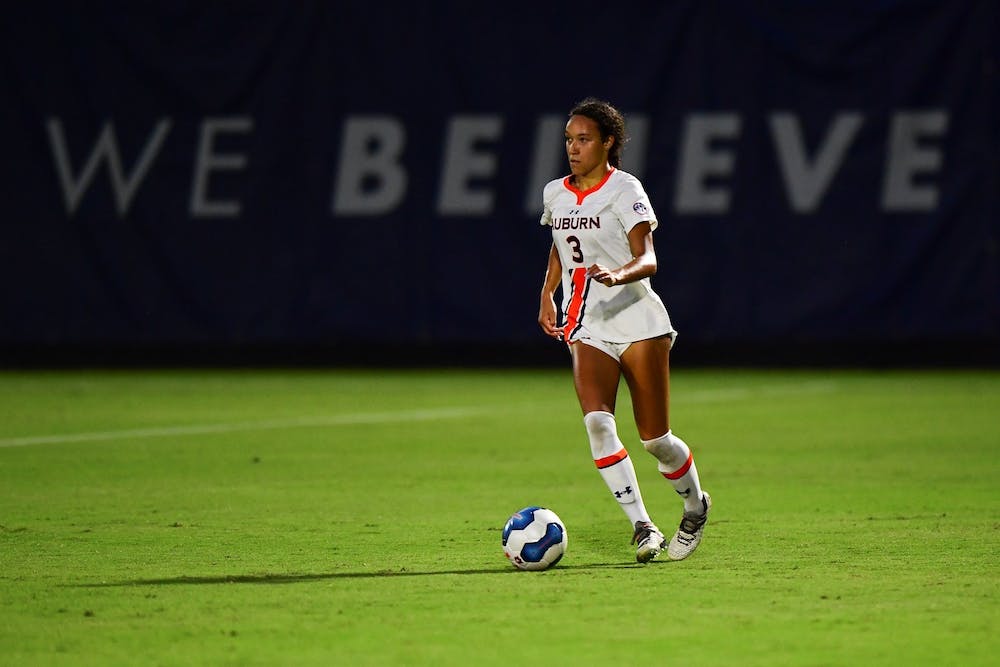 Malonson is the seventh player in program history named an All-America team. The NWSL 20th overall draft pick last year is the fourth Auburn Tiger to be named to the All-America second team. Malonson joined Rhonda Brooks in 2004, Katy Frierson in 2010 and Casie Ramsier in 2015.

"Alyssa had an absolutely incredible year, and we are thrilled to see her recognized on the All-America team," head coach Karen Hoppa said. "She came back to Auburn after being drafted, and she made the most of that extra year of eligibility. She was a key player in every one of our victories and was the top defender in our league."

This adds to Malonson's growing list of accolades this year, including being named to the All-SEC First Team, SEC Defender of the Year, and United Soccer Coaches All-Region First Team. She finished her career being a four-time All-SEC and two-time All-Region honoree.

During her time at Auburn, Malonson set records for games played in, games started, and consecutive games played with a grand total of 97 straight starts for the Tigers.

Malonson tied her career-high in points with eight points having two goals and four assists on the year. Malonson also finished tied eighth for assists in program history with 23 across her career.