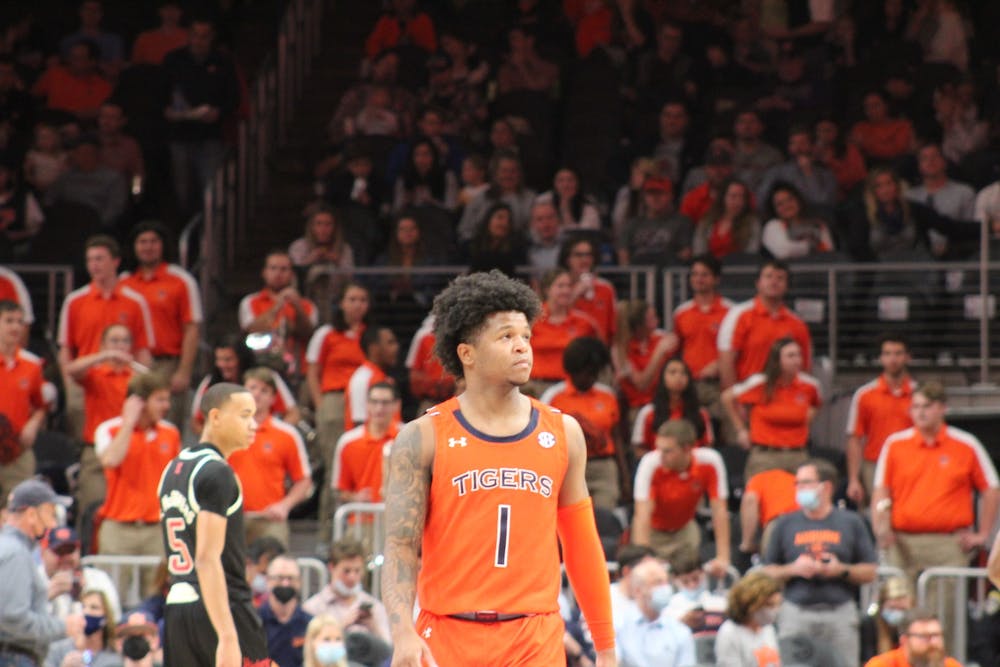 Auburn, Ala. (EETV)- Auburn Basketball took down Murray State, 71-58, inside Auburn Arena on Wednesday night. With the win Auburn moves their win streak to eight and their season record to 11-1.

"It was important tonight that we did a better job on the boards," head coach Bruce Pearl said. "Our physicality was better."

The game also marked the return of junior guard Allen Flanigan who has not played all season due to an off the court injury to his achilles tendon. Flanigan logged 12 minutes and posted three points, four rebounds and one assist. This was a get your feet wet game for Flanigan and expect more from him as the Tigers get deeper into SEC play.

“It was fun seeing Al out there. He can make our team so much better. It is a blessing,” sophomore Walker Kessler said.

“It shows the depth of our team,” Kessler said. “It is the reason we are so good.”

On the season the Tigers bench has scored 36 percent of the total points scored by Auburn this season. With the grind of SEC play coming, that depth will be key to Auburn’s chances.

“When we go to our bench we don’t drop off,” Pearl said.

Transfer Wendell Green Jr. shined yet again as he notched his second career double-double in the win off the bench. Green scored two points and notched six rebounds in the first half. In the second half, Green exploded for 11 points and another four rebounds to earn his double-double. Among the 11 points scored in the second half was a shot from beyond the half-court line as the shot clock expired.

Freshman Jabari Smith notched his third double-double of the season and for the ninth time this season has scored in double figures. Smith posted 12 points and 10 rebounds in the win.

Defensively the Tigers were impressive as they held the sixth ranked scoring team to just 58 points and a whopping 28 points below the Racers season average. Murray State was held to just 33 percent shooting on the night and the Racers turned it over 13 times.

“There is so much size at the rim,” Pearl said.  “A high percentage shot against some teams is not against us.”

The Tigers defensive prowess starts around the rim and Auburn has one of the best shot blockers in the country in transfer center Walker Kessler. The North Carolina transfer posted a season high seven blocks. In total Auburn blocked 11 shots with three of the remaining four blocks coming from Smith.

Auburn will have the week off before they resume play on Dec. 29 when LSU heads to Auburn Arena for the start of SEC play. Tip-off is set for 6 P.M. CST and will be aired on ESPNU.