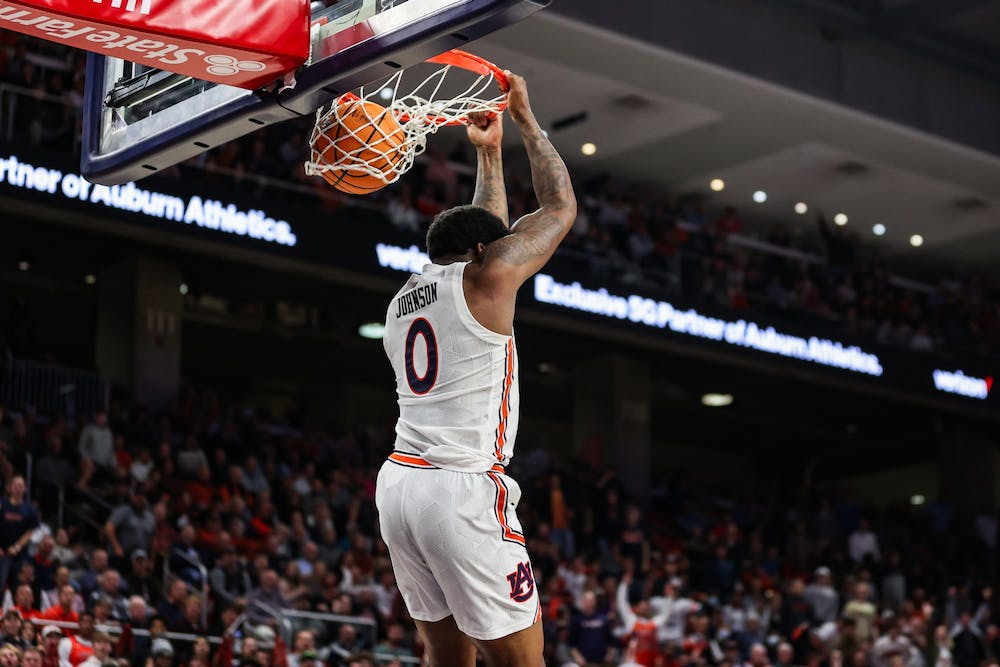 Auburn, Ala. (EETV)- The No. 21 Auburn Tigers dominated Central Florida in the second half to come away with an 85-68 win on Wednesday inside Auburn Arena. Auburn hasn't played at home in 19 days as they traveled to the Bahamas last week with wins against Loyola Chicago and Syracuse and a loss to UCONN.

The first half was dominated by turnovers for both team. UCF scored ten points off Auburn turnovers and even took the lead with under seven minutes remaining. However, the Tigers battled back and went on a run of their own to take a three point lead at half. During the 7-0 run, Devan Cambridge added to his highlight reel with a slam dunk over a Knight defender. The pass was from teammate Jabari Smith.

7-foot-1 forward Walker Kessler had his third double-double of his early career. During his 31 minutes of play, he totaled 17 points, 14 rebounds and six blocks. Jabari Smith had 20 points, seven rebounds and four assists. This is Smith's fourth game this season in which he's scored over 20 points.

"I feel like when we take care of the ball and just play defense, things go well for us. That was our biggest thing," said freshman Jabari Smith.

"I agree with {Ja}bari. I think handling the pressure eliminated a lot of points off turnovers and therefore we got back and played defense," sophomore Walker Kessler added.

The Tigers dominated the boards and the Knight's offense as they kept UCF from scoring for 8:50 minutes in the second half. Kessler locked up the paint while Zep Jasper was in charge of perimeter defense. From behind the arc UCF was 1-for-11 in the second half and ended the game with a 16.7% 3-point rate.

Auburn looks to add to its three game winning streak as it faces Yale on Saturday, Dec. 4 in Auburn Arena. The game will tipoff at 1 p.m. CT and can be viewed on ESPNU.