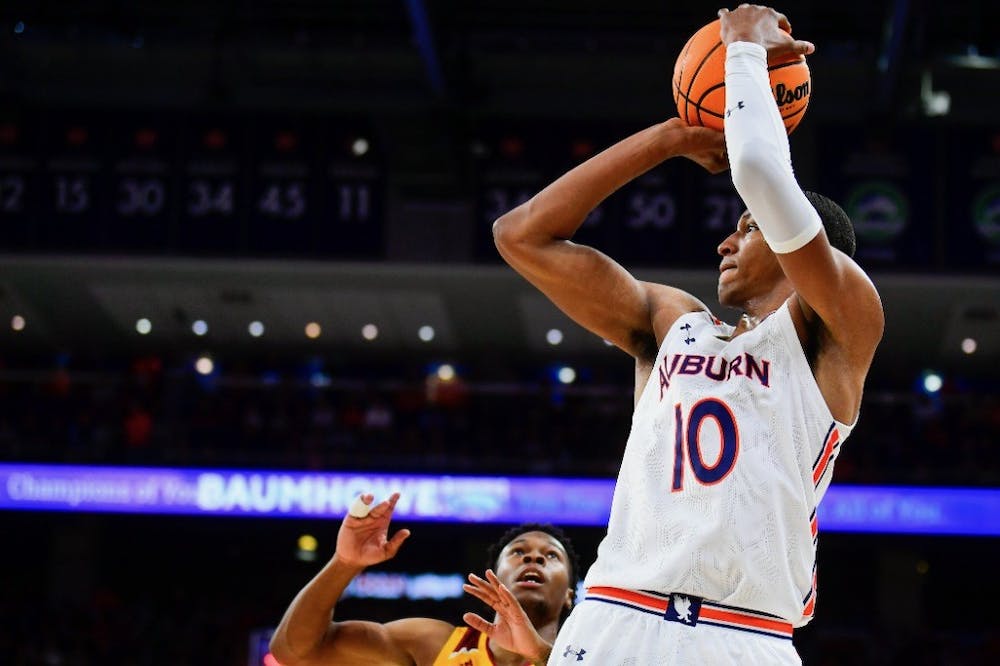 Auburn, Ala. (EETV) No. 11 Auburn returned home from Christmas break for its SEC opener against unbeaten No. 16 LSU. The Tigers in white opened up the game with a 18-1 lead and dominated the boards throughout the rest of the game.

Walker Kessler was awarded one rebound after a post-game film review. The 7-foot-1 forward had 16 points, 11 blocks, and 10 rebounds, giving him the school's second triple-double in history. He was 6-for-8 from the field which included one 3-pointer in the second half.

"It starts and ends with Walker Kessler and his ability to protect the rim," Bruce Pearl said. "LSU got the ball in some really good spots and Walker just cleaned everything up."

Kessler and the Tigers lead the country with 7.7 blocks per game. They had 14 tonight.

LSU came into the game allowing the second-fewest points in the nation, yet four different Auburn players scored double-digits. Freshman Jabari Smith started off quiet, but ended the game with 16 points. Wendell Green had 15 points and Allen Flanigan had 10 points.

Both Tiger teams had trouble with possession as they combined for 41 fouls and 38 turnovers. They also had a 65% free-throw shooting a piece and Auburn had one more (7-23) 3-pointer over LSU (6-29).

The home Tigers played without Devan Cambridge due to a positive COVID test, which was announced Tuesday on his social media. He's been a consistent starter who averages 7.8 points and 3.3 rebounds a game.

Auburn is currently on a nine-game winning streak as they prepare to travel to Columbia, SC next week. This will be the Gamecocks' first conference game this season. Tipoff is set for Jan. 4, 2022 at 5:30 p.m. CT with coverage by SECN.