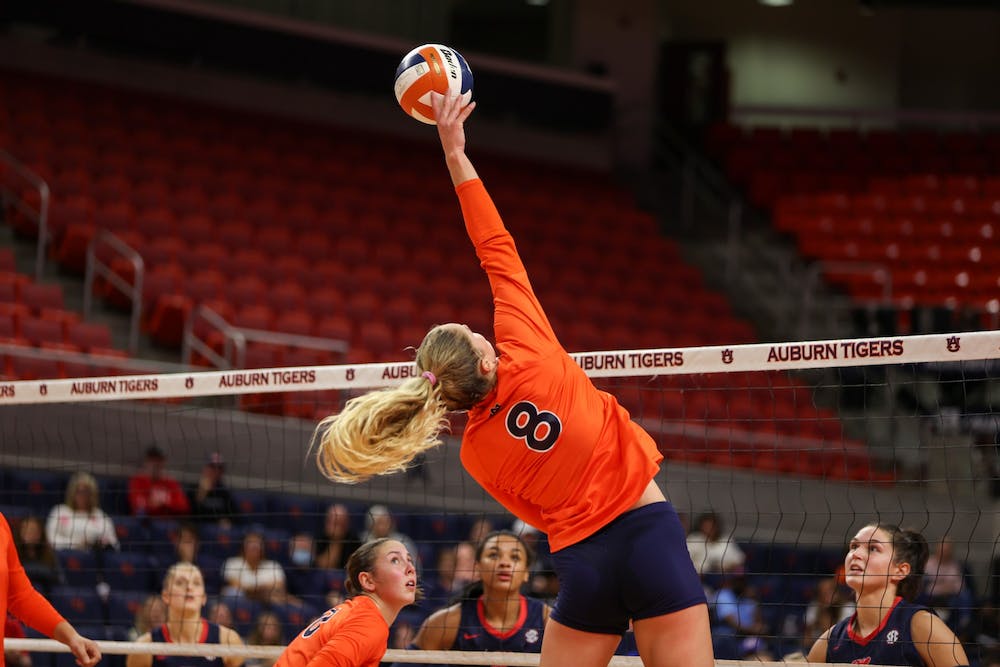 AUBURN, Ala. (EETV) - Auburn Volleyball closed out senior recognition weekend being swept by No. 8 Kentucky in its final home match on Sunday. The Tigers fall to 13-14 on the season and 5-12 in the SEC.

Rebekah Rath tallied her six consecutive match with double digit kills as she racked in 12 of Auburn's 28 kills, with Liz Reich (6) and Val Green (5) following close behind.

Rosenthall is now tied with 2013 graduate, Sarah Wroblicky, for the most digs in a single season in the rally-scoring era with 481.

The Tigers remained close in the first set, but fell to the Wildcats, 25-21. Junior Rebekah Rath started the match strong with 6 kills in the first set. Tatum Shipes added to her blocking record with a vital block as Auburn was falling behind.

In the second set, Auburn took an early 3-0 lead with three straight kills by Rath and Reich. However, Kentucky's strong front settled in and took charge. The Tigers struggled to adjust, and lost in the second set 25-8.

Auburn trailed 5-0 in the third set before earning a service error. The Wildcats, however, did not back down as they went on a 10-0 run in the middle portion of the set. Rath totaled half of Auburn's offensive output but it wasn't enough as the Wildcats closed out the sweep with a 25-12 third set.

The Tigers will finish out the regular season in Starkville, Mississippi on Friday, Nov. 26 against Mississippi State. First serve is set for 4 p.m. CST and can be streamed on SEC Network+.