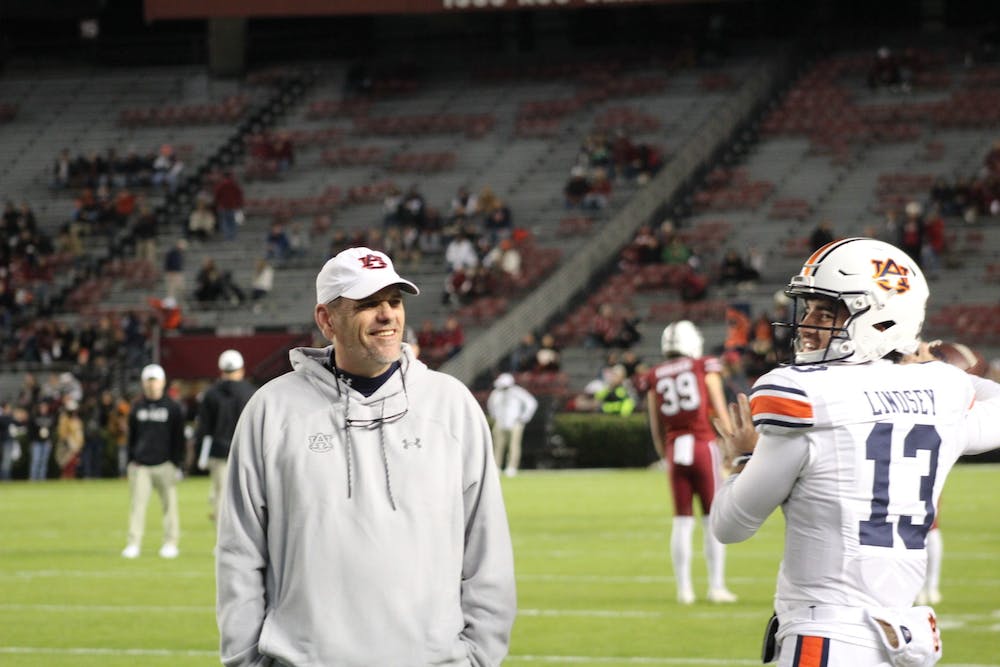 AUBURN, Ala. (EETV) -- First reported by Justin Hokanson of Auburn Live. Mike Bobo will not return as the offensive coordinator for the Auburn Tigers next year.

“I have a great amount of respect for Coach Harsin, both as a coach and as a person. I know what he’s about and his commitment to excellence,” Bobo said of Harsin this summer.

Bobo is a veteran in the SEC, having served 14 years at Georgia, and more recently, last year was the offensive coordinator and quarterbacks coach at South Carolina. He also spent five years being the head coach of Colorado before taking the South Carolina job.

Along with his coaching resume, Bobo is known as a good recruiter, and it is unknown whether or not his son, Drew Bobo, will de-commit from Auburn.

Eagle Eye will continue to monitor the situation regarding Bobo, his son, and the open offensive coordinator position.