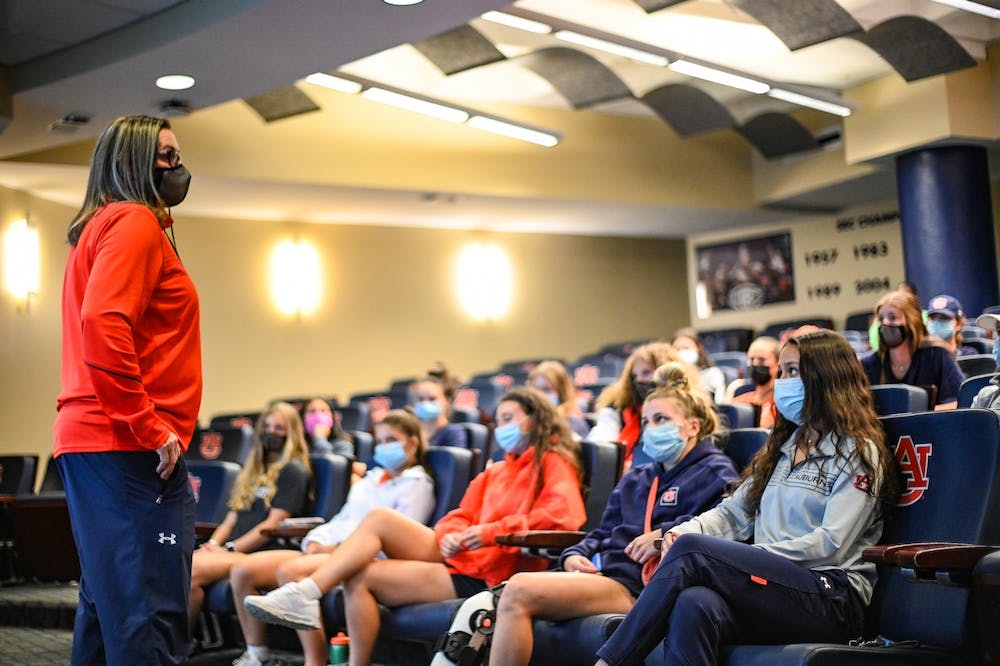 This marks the second straight season in which Auburn has had three honorees.

"Alyssa, Anna and Marissa all had terrific seasons this year," head coach Karen Hoppa said. "Each of them played a major role in our team's success and we are thrilled to see them recognized by our coaches association."

Malonson finished this season, her fifth year at Auburn, with a career high in points (eight) and helped the Tigers put up seven shutouts on the year. Malonson was the 20th pick in the NWSL draft last year and finished her Auburn career tied for eighth in assists with 23.

Arias led the team in shot percentage and shot on goal percentage throughout the year with 26 shots and 14 of them on target with seven finding the back of the net. When Arias made her first start early in the season against Alabama A&M, she put up two goals and an assist; this started her streak of 15 points in nine games with seven goals.

This trio also bagged All-SEC honors earlier this year when Malonson was named Defender of the Year. Malonson and Haddock were first-team All-SEC, and Arias was named second-team.