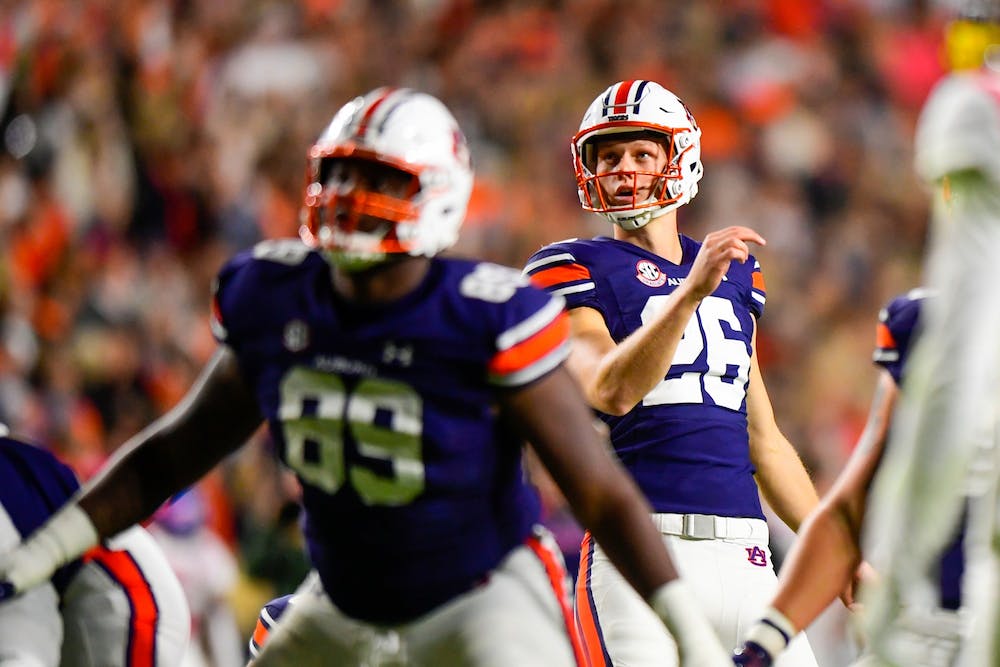 With the NCAA providing an extra year of eligibility to players due to the impact of COVID-19, Carlson can choose to come back to Auburn as a fifth-year graduate senior. However, if Carlson decides to leave Auburn and begin his career as a commercial pilot, the eight-year run of Carlsons as Auburn's starting kicker will come to an end. Anders' brother Daniel was the starting kicker at Auburn from 2013-2017 and is now the starter for the Las Vegas Raiders.

Anders finishes his senior season 14-for-21 on field-goal attempts and 35-for-36 on extra-point attempts, with the lone miss coming on the very first kick of the season. He had a season-long field goal of 49 yards in a win against LSU. Against Mississippi State, he missed a 55-yard field goal before halftime and was later blocked on a 35-yard attempt.

Carlson ranks second in Auburn history in field goals made (67), only trailing his brother Daniel (92). With a 72% success rate, Carlson currently sits at third on the all-time scoring list at Auburn (352), trailing second place by only 11 points held by Wes Bryum (353).

Carlson's injury leaves Auburn with two kickers remaining on the roster. Redshirt freshman Evan McGuire and sophomore Ben Patton. The No. 1 ranked kicker in the 2022 recruiting class, Alex McPherson, is committed to the Tigers and likely will be the starter next season.

Auburn will next travel to Columbia, South Carolina, for a game against the South Carolina Gamecocks (5-5). Kickoff is set for 6 P.M. and will be broadcast on ESPN.