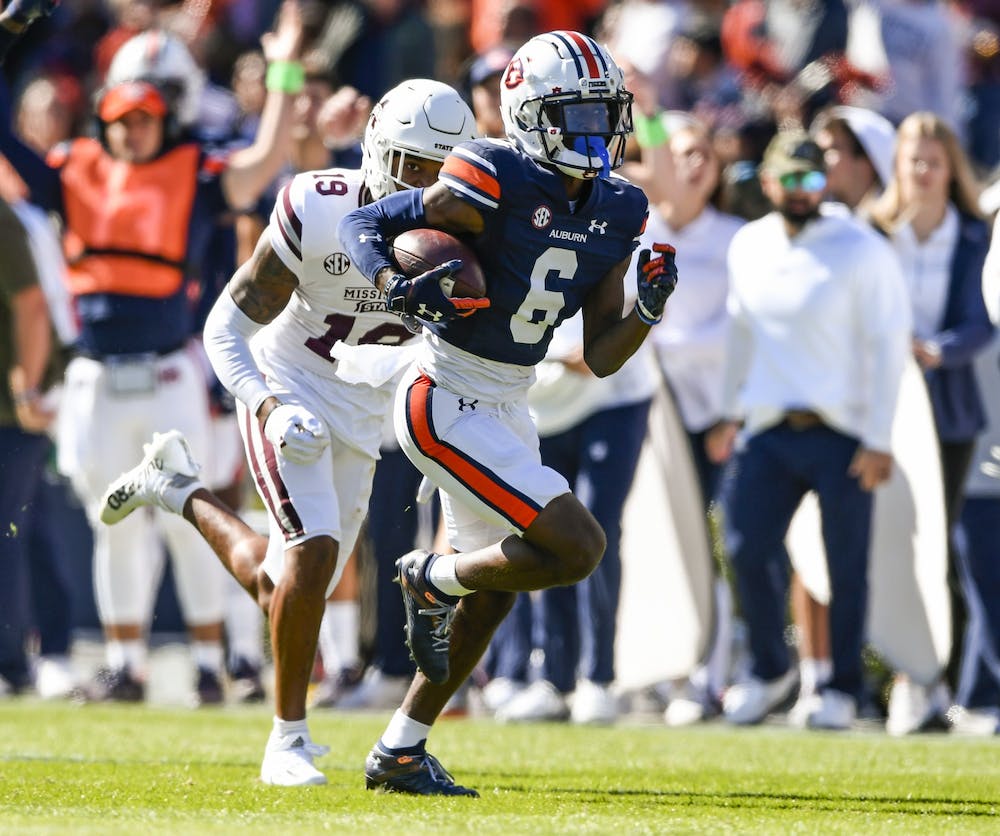 AUBURN, Ala. (EETV) - No. 16 Auburn falls to Mississippi State in a come from behind victory for the Bulldogs. Mississippi State outscored Auburn 33-6 in the second half which included 40 unanswered points. The 25-point lead was the largest blown in Auburn History.

Auburn needed to get out to a quick start in this game. And they did just that scoring on their opening possession with a 5 yard touchdown rush from Tank Bigsby. The first half tone was set and the Tigers were scorching up and down the field. Quarterback Bo Nix led Auburn on four straight touchdowns in their first four possessions of the game putting the Tigers ahead 28-3.

The crucial two minutes at the end of the first half and start of the second half changed this game like it does in so many games. Will Rogers and Mississippi State drove down the field and scored with two minutes left in the half to cut the Auburn lead to 28-10. Out of the gates in the second half, the Bulldogs repeated their final drive in the second quarter by going 75 yards in seven plays to cut the once 25 point lead to just 11.

Quarterback Bo Nix was a highlight for Auburn as the junior went 27-for-41 with 377 yards and two touchdowns. Nix is now third in career passing yards in program history with a total of 7,251 yards. He is just 48 yards back from Jason Campbell who is second. The Pinson, Alabama native also moved into first for total offense in Auburn history surpassing Stan White.

Multiple Auburn wide receivers had over 100 yards. Kobe Hudson led the team with 108 yards and a touchdown on eight receptions. Ja'Varrius Johnson finished with 104 yards on just four receptions. Johnson also added a 57-yard touchdown run, which was enough to make him Auburn’s leading rusher.

Running back Tank Bigsby had a strong day in the red zone. The sophomore scored pair of touchdowns but ended the day with just 41 yards on 16 touches.

“It wasn’t consistent at the end of the day, and that’s what it really comes down to. We didn’t run it effectively in the second half because we weren’t consistent” Harsin said about the running game.

Sophomore tight end Luke Deal got his first career touchdown on his only reception of the game. Through 10 games this season, Deal has 10 receptions for 75 yards.

With the loss this week, Bryan Harsin has lost two games straight for only the fourth time as a head coach; the last time occurred in 2016 at Boise State. Harsin has never lost three games in a row.

Auburn will look to get back in the win column as they travel to Columbia to take on South Carolina, Saturday, Nov. 20. Kickoff is set for 6 p.m CST.