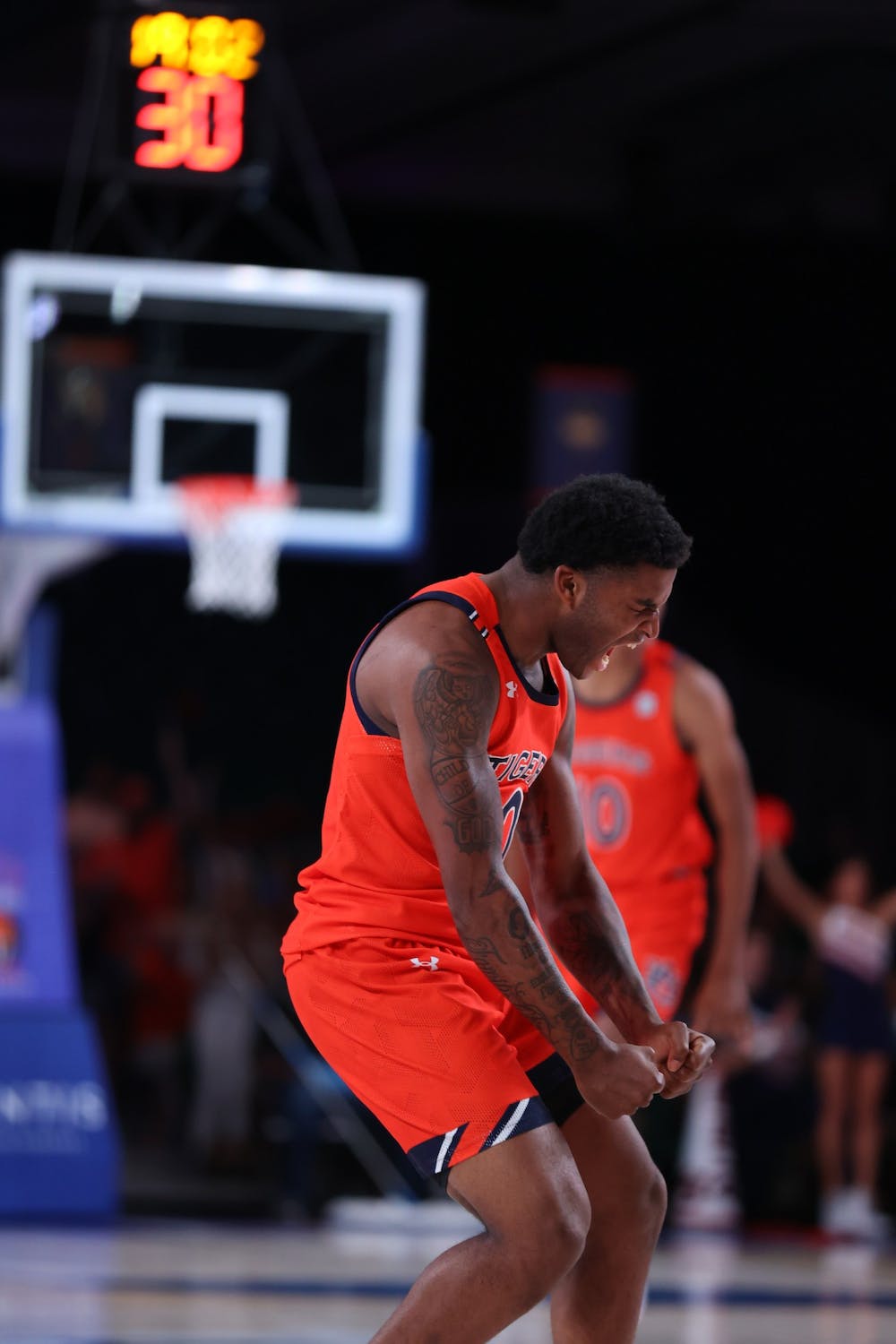 Auburn, Ala. (EETV)- No. 19 Auburn continued their business trip to the Bahamas with a, 62-53, win over Loyola-Chicago. With the win, Auburn moves to 4-1 on the season.

Auburn jumped out to an early lead with a 7-0 run to start the game but Loyola-Chicago was not going to let this game get away from them. Loyola, a perennial tournament team, relying on the three-ball quickly got back into the game and stayed in it.

“Our defense kind of wore them out a bit. I think [Loyola-Chicago] were just fatigued,” said head coach Bruce Pearl.

“I thought [Auburn’s] defense forced us to play iso or hero ball down the stretch and that made the difference,” said Loyola-Chicago head coach Drew Valentine.

The Tiger defense did its job as they limited the Loyola offense to just short streaks in the second half and they closed out the game holding Loyola to no field goals in the last 3 minutes of the game.

No single Tiger truly shined offensively as 10 Tigers scored on the day. Freshman Jabari Smith led Auburn in scoring with 14 points and he was closely followed by transfer Walker Kessler who had 13 points. Even Lior Berman got in on the scoring as it was a team effort.

“The depth of our team allows us to play through tiredness,” Smith said.

Smith finished his day 14 points and four rebounds. The freshman shot 7-for-9 from the floor and showed up in the second to help carry Auburn the distance.

Kessler picked up his second double-double in just as many days. Kessler dominated the paint on offense and defense as he picked up 13 points and 10 rebounds. The North Carolina Transfer also totaled four blocks to protect the rim and picked up two steals along the way.

Auburn will take part in the fifth-place game against the winner of the Syracuse/Arizona State game. The game is set for 3:30 CST and will air on ESPN2 or ESPNU.