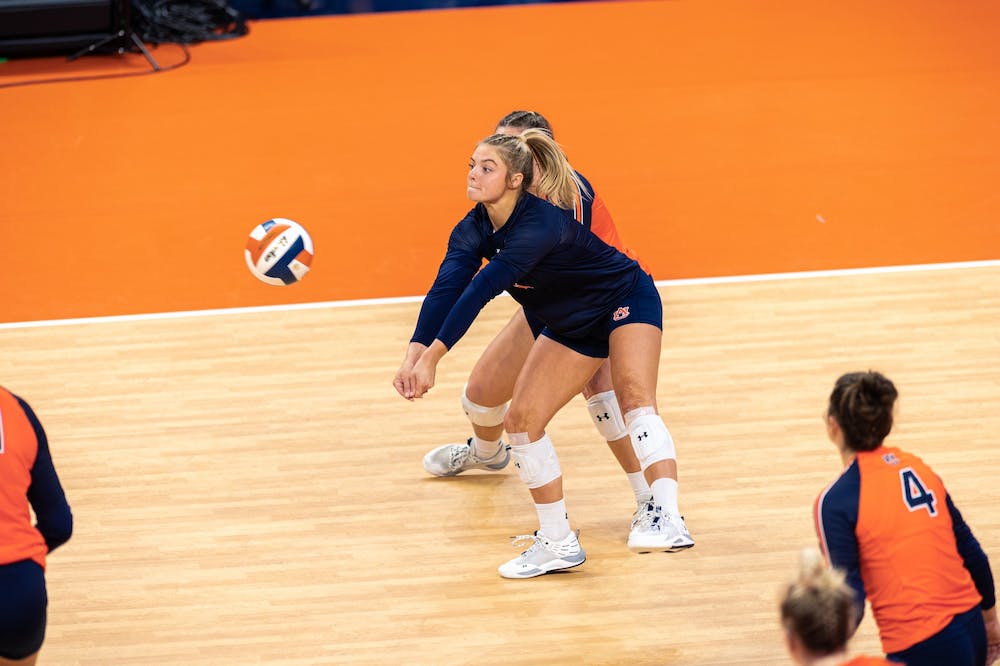 AUBURN, Ala. (EETV) - Following a win on Saturday afternoon, Auburn volleyball (11-7, 3-5 SEC) fell to the Missouri Tigers (4-16, 1-6 SEC) in a five-set match. With this loss, Auburn and Missouri split the two-game series at Auburn Arena.

Rebekah Rath recorded her sixth straight match with double-digit kills ending the match with 22. The junior also added three blocks, 12 digs and an ace. Rath accounted for 25 of the team’s 73.5 points.

Auburn spread the offense around, Val Green and Liz Reich both joined Rath with double-digit kills, Green with 16 and Reich with 10 respectively.

Bella Rosenthall finished with a match-leading 33 digs, giving her 17 games in which she has at least 10 digs this season.

Sophomore Jackie Barrett checked out of the match after the second set and did not return for the remainder of the match. Despite leaving early Barrett added 12 assists and two blocks to Auburn’s totals.

Missouri started off strong jumping out to a 7-2 lead after the first nine points. Auburn followed that up with a 7-2 run of their own highlighted by kills from Rath, Barrett, Green and Reich to tie the match at 9-9. The squads went back and forth until they forced a deuce. Auburn went up 25-24 thanks to a kill by Green before dropping three straight points to give Missouri the set win ending with a kill by Brynn Carlson.

Auburn started the set 6-2 thanks to multiple errors from the Missouri offense, Missouri was able to get back into the set thanks to a 4-0 run in which Anna Dixon recorded three straight kills. Missouri got up to a 17-16 lead but could not overcome the eight errors made during the set as Auburn tied the match at one set apiece.

After going down 2-3 to start the set, Missouri went on a 7-1 run with three kills from Carlson. Auburn slowly clawed back before a 4-0 run with two kills from Rath put the Tigers on top 15-13. The set was all tied up at 22 before Dixon scored back-to-back kills to end the set 25-23.

The two squads went back and forth for the first half of the set as both teams were tied at 13 before the Auburn Tigers went on a 6-0 run to go up 19-13. Missouri tried to get back into it with a 4-0 run of their own but Auburn was able to secure the set 25-21 following a service error by Lauren Forbes.

After forcing the fifth and final set Auburn couldn’t complete the upset. Missouri went up 6-5 and never looked back, led by Dixon, who had seven kills on the set including the final two points of the match to end the set 15-11.

Auburn will travel to Athens to take on the Georiga Bulldogs in a two-game series. Game one will tip-off at 6 p.m CT on Thursday, Oct. 21 and game two will tip at the same time on Friday.