Strong Final Round Secures Third Place Finish at The Ally 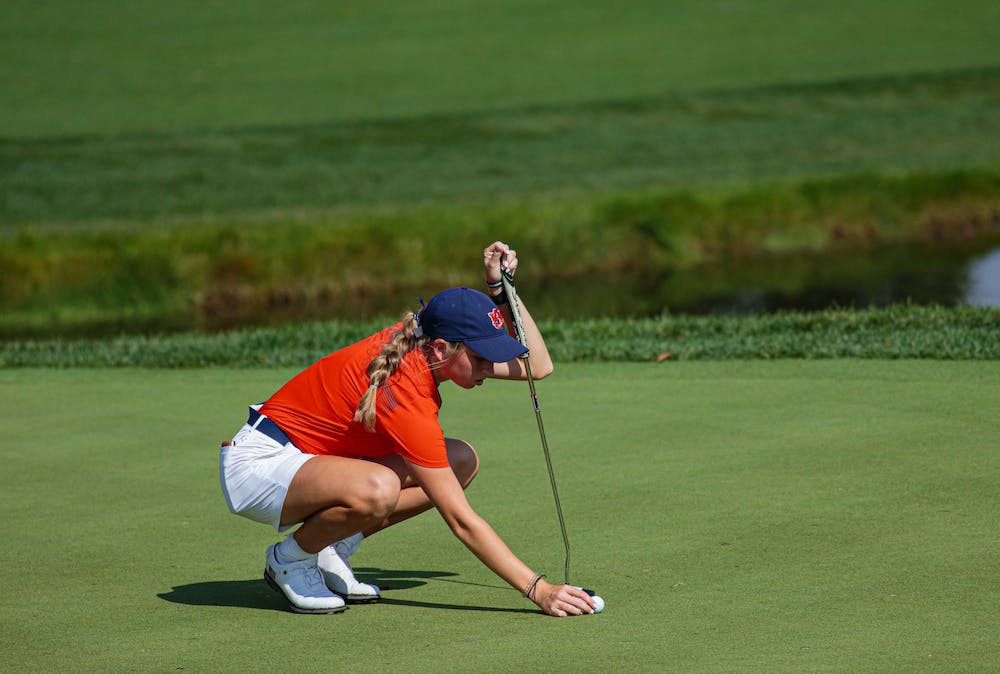 AUBURN, Ala. (EETV) - Four Tigers shot under par in the final round of The Ally at Old Waverly to push Auburn to a third-place finish.

"Extremely proud of our team today," Auburn head coach Melissa Luellen said. "They fought hard the entire round and really put the pedal down when they had the chance. All of our players have been working overtime on their wedge game and putting, and it showed this week. We had many more opportunities to score and converted a lot more birdies”.

The Tigers were led by Megan Schofill who shot under par every round of the tournament, which included a career-low 66 (-6) in the second round, thanks to an eagle on the 18th. Schofill finished the tournament 11-under which put her in a tie for third individually.

Schofill wasn’t the only Tiger to shoot a career-best as sophomore Anna Foster shot a new career-low of 68 (-4) on Wednesday. The Dublin, Ireland native shot under par in all three rounds, to finish fifth overall.

Seniors Mychael O'Berry and Julie McCarthy each went under par as well Wednesday, making it four Tigers in the negative. O'Berry shot 3-under 69 to move up to 17th place at even par while McCarthy recorded a 71 (-1) and finished tied for 51st overall. Both scores were season lows.

The final Tiger Elina Sinz saved her best for the final round as well, shooting 1-over with a score of 73 in the third round to cement her spot in 55th.

The conclusion of The Ally at Old Waverly Auburn ends its fall season and will return in the spring at the UCF Challenge in February.