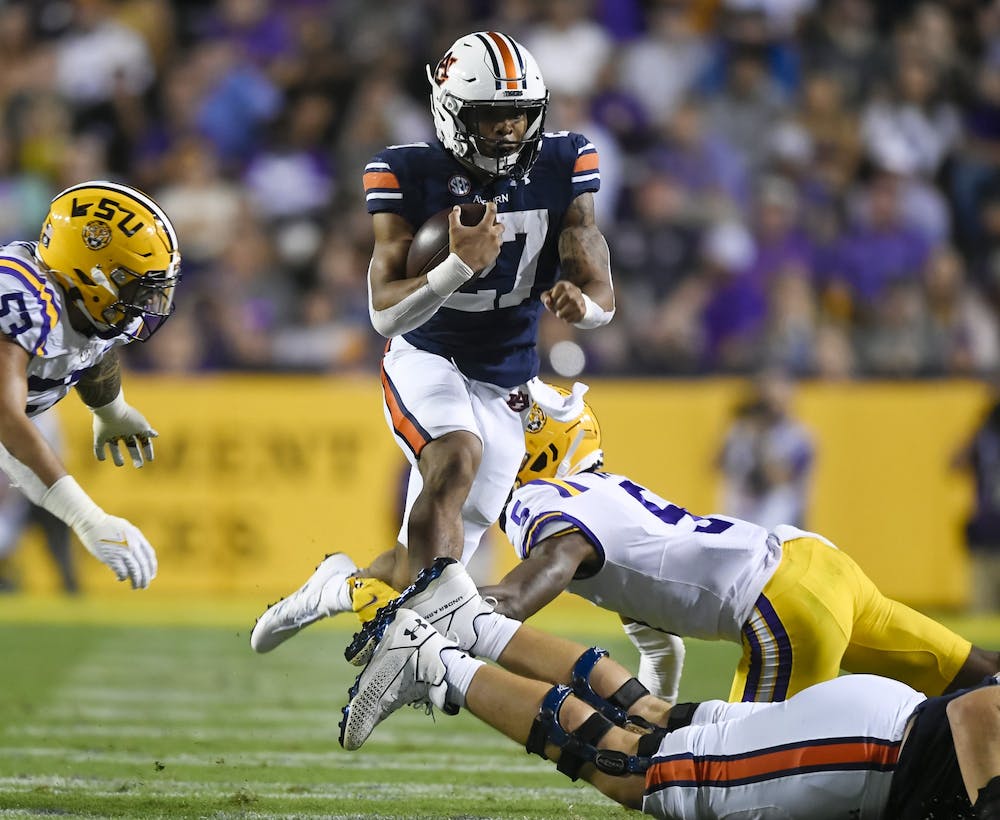 AUBURN, Ala. (EETV) — After breaking the losing streak in Baton Rouge in their 24-19 win over LSU, Auburn had two players recognized for SEC weekly honors. Quarterback Bo Nix shared SEC Offensive Player of the Week and running back Jarquez Hunter also shared his SEC Freshman of the Week, the SEC announced Monday.

Nix had one of the best games of his career on Saturday throwing for 255 yards and a touchdown. The touchdown caught by Tyler Fromm on a key fourth down conversion, where Nix had to scramble all over the backfield before finding Fromm in the end zone. He also led the team in rushing with 74 yards and getting a touchdown on the ground as well.

Nix shared his award with Mississippi State quarterback Will Rogers and Alabama running back Brian Robinson.

Hunter finished with 65 rushing yards on six attempts, averaging 10.8 yards per carry. He is the only running back averaging over 10 yards per carry this year. 53 of Hunter's yards came on the game-winning drive, where he had a 44-yard rush and scored the go-ahead touchdown to give Auburn the lead.

Hunter shared his award with Tennessee running back Len'Neth Whitehead.

Auburn will take on Georgia in Jordan-Hare for the Deep South's Oldest Rivalry this Saturday. The game will be televised at 2:30 p.m. CST on CBS.