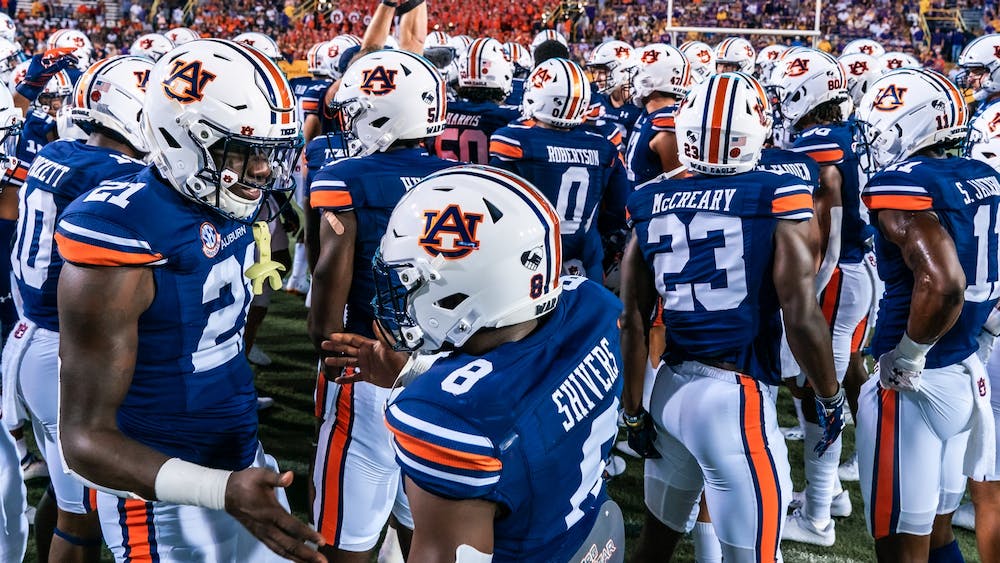 AUBURN, Ala. (EETV) — It’s time for the Deep South’s Oldest Rivalry, as the second-ranked Georgia Bulldogs travel to Jordan-Hare Stadium to play Auburn.

The Bulldogs will be starting Stetson Bennett at quarterback for the second week in a row, after a shoulder injury sidelined JT Daniels. Bennett threw for 72 yards against Arkansas last week, as the run game was key for Georgia.

For Auburn to win this game they will need to focus on making Bennett throw the ball. Georgia is deep in their running back room and will look to run the ball down our throat.

Offensively, Bo Nix will need to rekindle the magic he had against LSU. Playmaking will be key for Auburn, as this is probably the best defense Auburn will face this year.

“Georgia is a good team, but they have to come here,” said Bryan Harsin at Tip-Off at Toomer’s.

No.18 Auburn will take on No.2 Georgia in Jordan-Hare Stadium this Saturday at 2:30 p.m. CST. The game will be broadcasted on CBS.