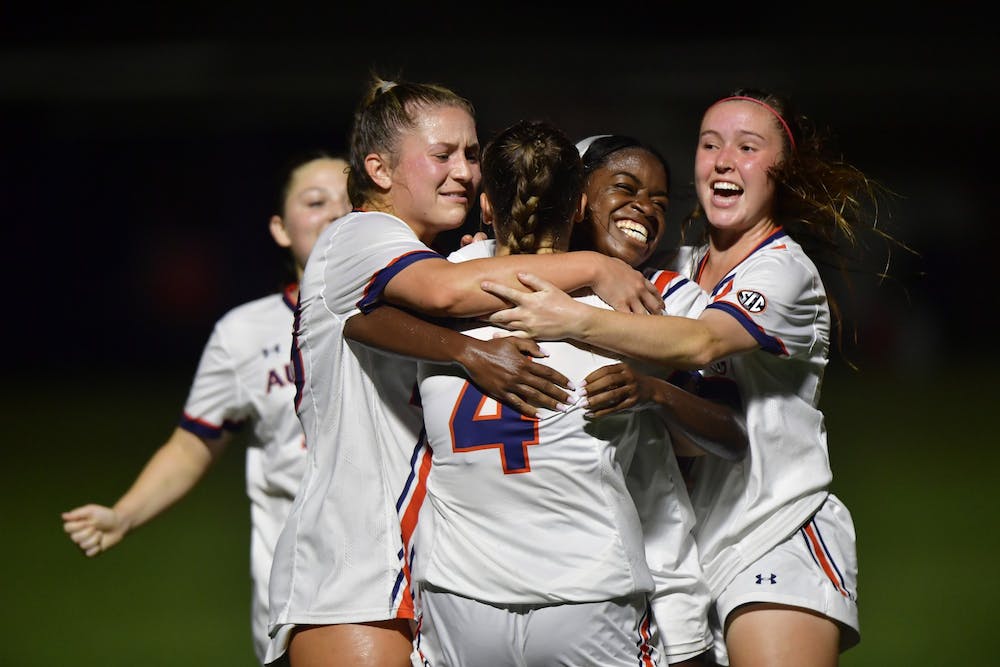 AUBURN, Ala. (EETV) – The No. 12 Tigers led yet another offensive charge at the Auburn Soccer Complex with a 3-0 win over the Georgia Bulldogs to open Southeastern Conference play Friday night.

The win marks the team's sixth consecutive victory over the rival Bulldogs, as well as the fourth since the start of the 2020 season.

"What an unbelievable performance tonight," head coach Karen Hoppa said. "I'm really proud of our effort in dealing with the adversity. The way our team responded really shows the character of this group."

Sophomore midfielder Anna Haddock recorded her second brace of the year, and Marissa Arias scored her third goal of the season in the team's effort on the pitch. Auburn's record now sits at 7-1-0 after earning its first conference win of the season.

"Something has been in the air this year," Haddock said. "When one person scores, we know they're not going to stop, which is a good thing. It's going really well offensively."

Auburn struck fast, with Haddock's first goal finding the net in the 10th minute. After entering the second period up 1-0 and enduring a lengthy rain delay, Haddock added her second point to the Tigers' score in the 50th minute, thanks to an assist by Olivia Candelino and Mallory Mooney. The final Auburn goal of the night came from Arias in the 70th minute on a Carly Thatcher assist.

Despite having 15 shots, the Bulldogs were unable to add a point to their score. Sophomore goalkeeper Maddie Prohaska assisted the Tigers defensively with four saves, a high this season.

"To shutout what is one of the best offenses in the country, I'm really proud of the effort of our back line and our goalkeeping was tremendous," Hoppa said.

Next on the schedule, Auburn will travel to take on No. 10 Tennessee (7-0-0) Thursday at 6 p.m. CT in Knoxville, Tennessee. The match will be streamed on SECN+.