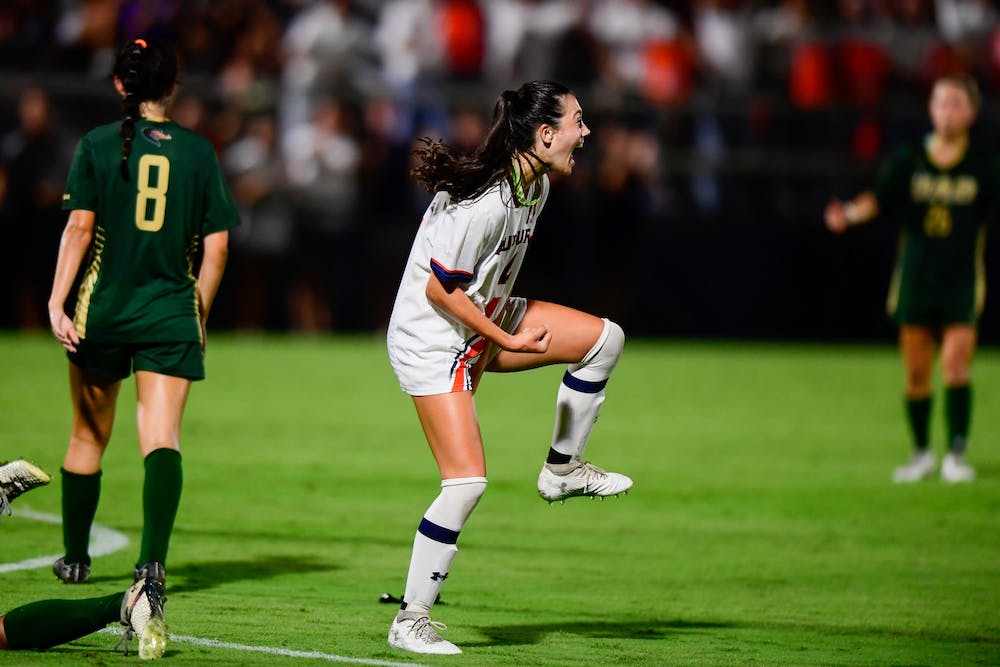 Auburn, Ala. (EETV)- Junior Sydney Richards was named as an honorable mention to Top Drawer Soccer' s team of the week on Tuesday.

This is the second time this season she has earned that recognition this season and the sixth time in seven weeks an Auburn player has been recognized.

Richards scored off a penalty kick against Texas A&M and had her shot ricochet of the post before teammate Marissa Arias put it in the net against Tennessee.

The Plano, Texas native is tied for third in goals scored this season for Auburn at three.