Rath selected as SEC Offensive Player of the Week 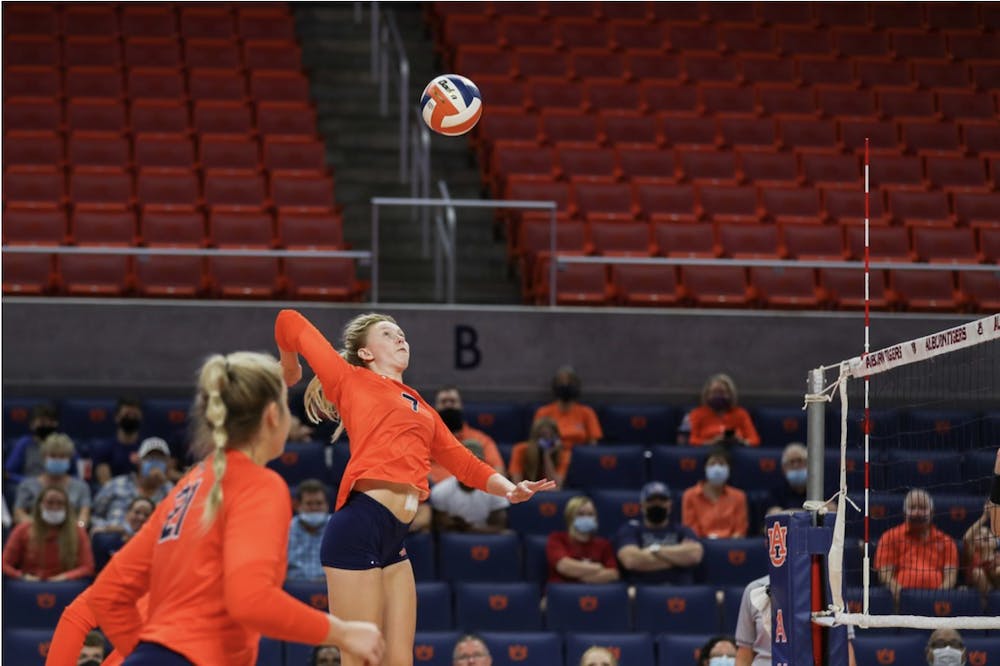 AUBURN, Ala. (EETV) – Rebekah Rath was selected as Southeastern Conference Offensive Player of the Week after a second straight week as Auburn volleyball’s top attacker.

Rath led the Tigers to two back to back wins over Cal State Fullerton and Southeastern Louisiana in games last week. This is the first time the team has been 4-0 at the start of a season since 2015. If that wasn’t a big enough accomplishment, the Tigers have won all sets in consecutive sweeps.

Rath’s performance against the Titans led her to a season high of 16 kills and .262 hit percentage. Following, she had another 16 kills versus the Lady Lions and .276 attack percentage.

Defensively she has been on fire too. She recorded 10 digs for her first double-double as a Tiger against the Titans and seven digs against the Lady Lions. She is the only player this season to record double-digit kills in every match.

She leads the SEC in kills and points per set and ranks fourth and third in respective NCAA categories. This is her first recognition since she transferred to Auburn. Since 2017, she is the first Tiger to be given this title.

The Tigers will return to play on Thursday versus North Alabama in Auburn Arena. The match is set for 6 p.m. CT and will be streamed on SEC Network+.