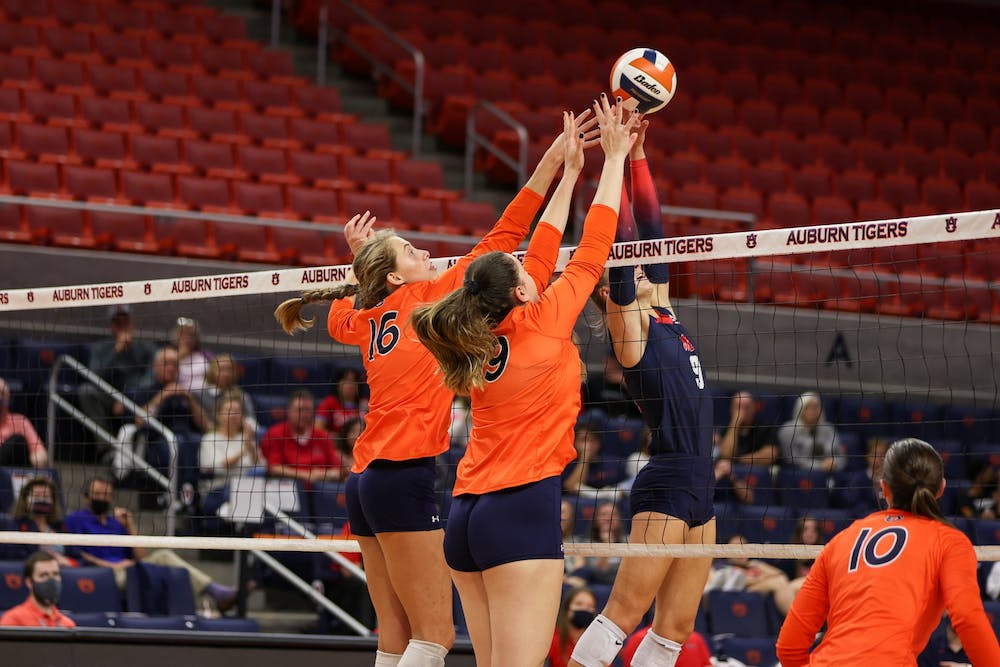 AUBURN, Ala. (EETV) - The Auburn Tigers fell short to the Ole Miss Rebels in the first match of SEC play on Wednesday night. The Rebels move on to a 12-0 record this season, while the Tigers fall to 8-2.

The Tigers won the first set 25-20 with a final kill by Rebekah Rath. The Rebels responded with three straight set wins of 25-19, 25-19 and 25-18 respectively. With the match win, Ole Miss remains the only undefeated SEC team.

Ole Miss’ offense ran through Kylee McLaughlin. She finished the match with a season high 51 assists, 48 more than anyone else on the team. In addition to her assists, the grad student was able to add 11 digs.

Rath continued her dominant offensive play leading the team with 19 kills. Senior Val Green was able to add 13 more kills of her own to the total. Liz Reich was the third Tiger with double digit kills, finishing the night with 10 kills and four digs to her name.

On defense, Bella Rosenthall and Jackie Barrett had 13 and 12 digs respectively.

The Tigers travel to Montgomery to face off against the Alabama State Hornets on Sunday, Sept. 26 at 3 p.m. CT.