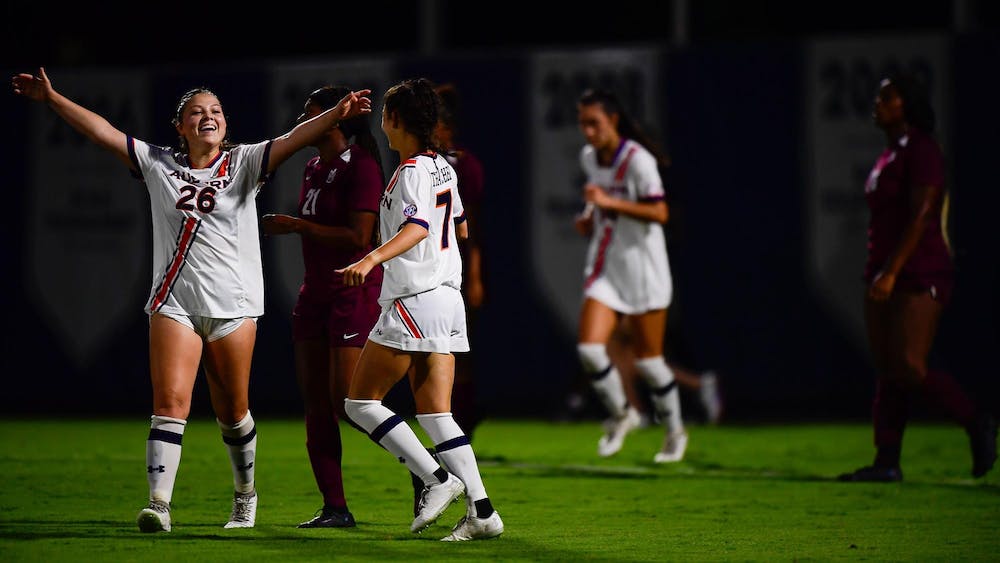 AUBURN, Ala. (EETV) – Announced on Monday, Carly Thatcher was named the Southeastern Conference Freshman of the Week.

This season, Thatcher is the third Auburn player to be recognized by the conference. Anna Haddock and Alyssa Malson where named the SEC Offensive and Defensive Players of the Week, opening weekend.

“Carly has continued to get better every game and had her breakout game on Thursday, not only scoring her first college goal, but getting a hat trick,” head coach Karen Hoppa said. “She then played the most minutes she was played against Florida State, creating a couple of really dangerous goal-scoring opportunities.”

The freshman from Greer, S.C., put all her shots in the net against the Bulldogs. Since Tammy Waine in 2000, Thatcher had the fastest two goals scored by an Auburn player spanning 30 seconds apart.

In the 33rd minute, Thatcher scored her first goal with the right foot near the far post. Thirty seconds later, she shot with her left foot to score again. To finish it off, Thatcher made her third goal to have a hat trick and the 5-0 win.

Against the No.1 team in the country Florida State, Thatcher had a new season high of 34 minutes.