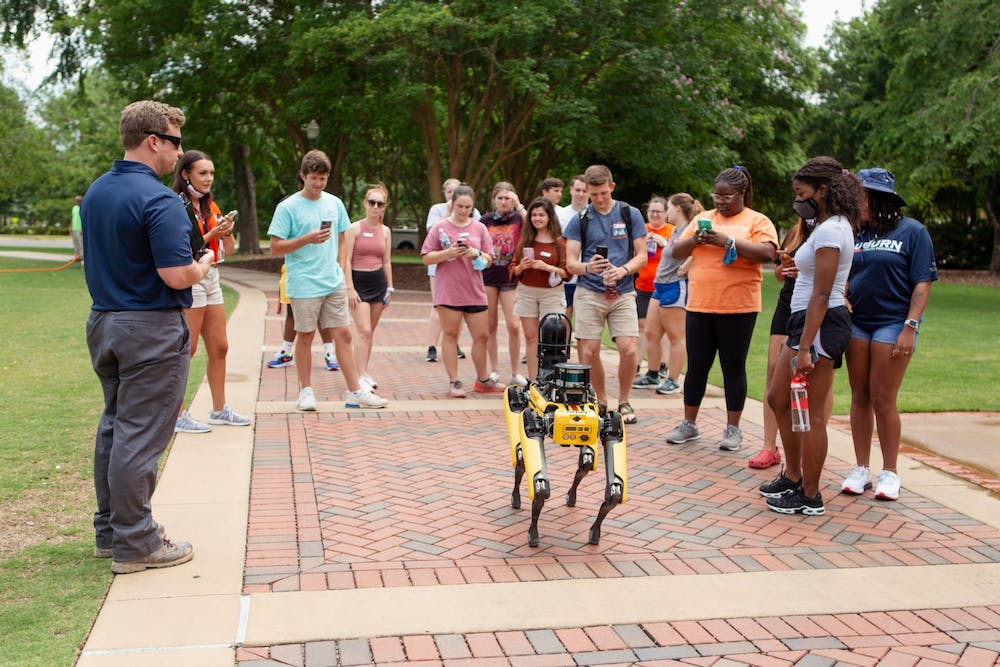 Auburn, Ala. (EETV) - Tune into Auburn University's Facebook page to find the PSA "In Auburn" that spotlights Auburn's upward movement in technology, released earlier today at noon. Tomorrow on Sept. 4, "In Auburn" will debut to a national television audience during Auburn's opening football game vs. Akron, which will air on ESPN+ with a 6 p.m. kick-off.

The PSA will cover some of the important headways in research and training that Auburn has been making these past few years, including vertical gardening technology, the use of the new "robot dog," and the collaboration the university has with Delta Airlines.

Auburn's new Dining Hall, The Edge, highlights a sustainability emphasis, showcasing lots of the produce that has been grown at Auburn's own College of Agriculture. The vertical gardens project uses high-tech shipping containers, fitted with a climate-control system, elaborate lighting system, and carbon dioxide controllers, to grow these fruits and vegetables that deliciously line the table at The Edge.

The new "robot dog" named Mac at Auburn University, purchased from Boston Dynamics, will be more than a campus-wide spectacle. The four-legged machine has useful capabilities for the betterment of dangerous, repetitive activities at construction sites, and that's only the beginning of the story of what Mac can do.

Lastly, the PSA will detail Auburn's work with Delta Air Lines. Auburn and Delta have been working together for a few years now, having collaborated on the Delta Propel Pilot Career Path Program, which helped identify and train the future generation of pilots, that started in August of 2018. In 2017, the Delta Air Lines Foundation and the Jacobson Family Foundation granted $6.2 million to support multiple aviation programs at Auburn, as well as funding construction of a building and supporting the purchase of an aircraft simulator.

“At Auburn, we are continually advancing technology, research and partnerships that answer the call of the community’s needs,” said Mike Clardy, Auburn’s assistant vice president for communications and marketing, which produced the PSA along with Auburn’s Media Production Group. “This year’s PSA demonstrates some key examples of how we are shaping the future in Auburn for the betterment of our Auburn Family, the state of Alabama, the nation and beyond.”

For more information about Auburn and to view the 2021 PSA, visit auburn.edu.