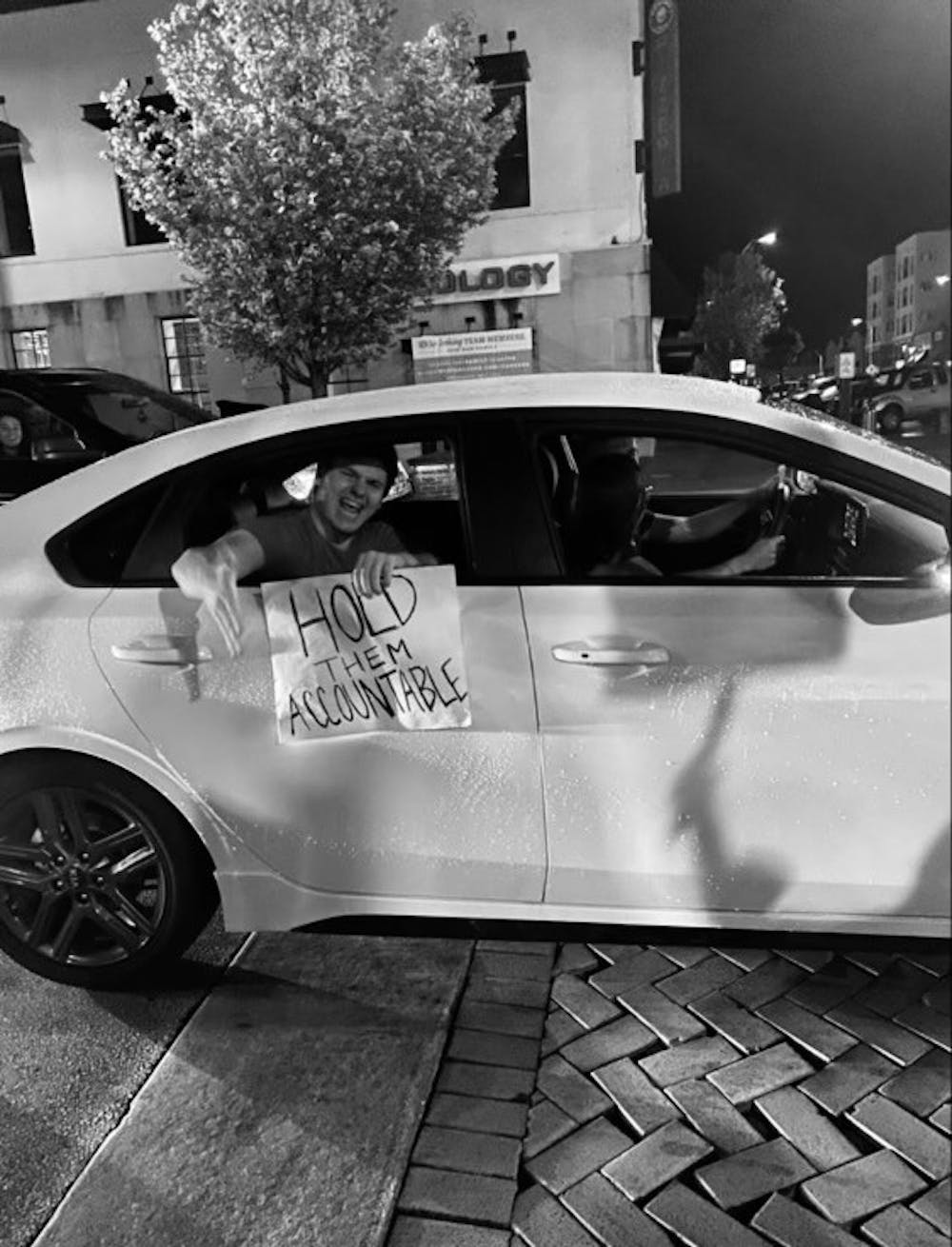 Auburn, Ala. (EETV) - Enraged Auburn students have rallied to protest against a recent campus-wide notice that detailed a woman being sexually assaulted at a frat house. #NametheFrat

For the third time in just one week, Auburn students have received a Campus Safety Notice about a female student getting sexually assaulted in the area.

The notice released around 1 p.m. earlier this afternoon stated, "A female disclosed to police last night that she was raped Friday night at a fraternity house. The victim/survivor does not recall the details of the incident but disclosed physical injuries consistent with a rape."

After the release of the safety notice, students were in outrage at the fact that Auburn would not disclose the name of the fraternity house that was involved in the sexual assault. A sign that was seen at the protest (shown below), stated "BOYS WILL BE HELD ACCOUNTABLE." In many cases of sexual misconduct, there is no police involvement or criminal charge. In many cases, the perpetrator of the crime is never named, and even if they are, there is too often a call of "not enough information," or a ruling of a slap on the wrist as to not "damage their reputation." The protestors of Auburn want the school to know that they want the person who committed the crime to be held accountable, and for rape culture at fraternities to be stopped.

The protest that took place tonight, September 14, was held on Samford Lawn, and protestors wore red to show support for sexual assault victims.

An organizer of the event who wishes to remain anonymous, says, "After being a victim at such a young age, the incompetence of Auburn's safety team made this a very hard situation on me, but being surrounded by all these amazing girls and guys really gave me the feeling of community. Finally."

The Auburn family is known to rely on each other in the hardest of times, and that is what makes us a family. Protestors tonight fought for not only support, but for rights. For accountability. For the knowledge that the outcome of tonight could help sexual assault victims on finding justice.