Auburn in The NFL: Week 3 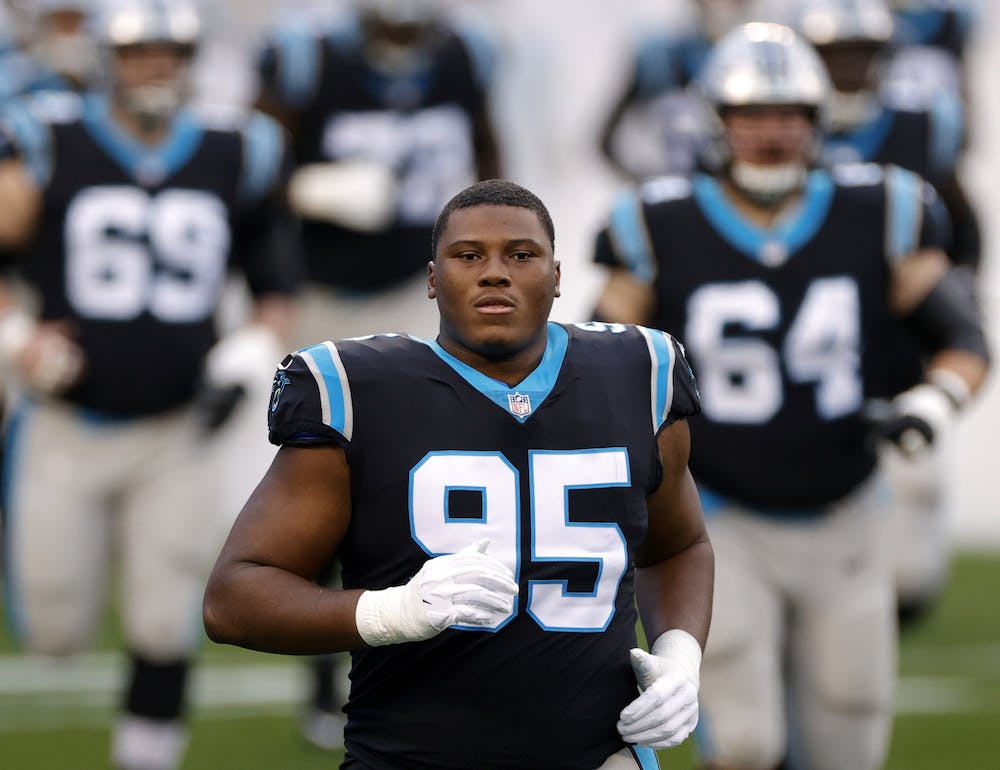 CHARLOTTE, NORTH CAROLINA - JANUARY 03: Defensive tackle Derrick Brown #95 of the Carolina Panthers leads the team from the tunnel prior to their game against the New Orleans Saints at Bank of America Stadium on January 03, 2021 in Charlotte, North Carolina. (Photo by Jared C. Tilton/Getty Images)

AUBURN, Ala. (EETV) — Auburn has produced many NFL players through the years, and on a weekly basis you will see many players shine for their respective teams.

Marlon Davidson was able to rack up three tackles in a 17-14 win over the Giants.

During a Thursday Night Football game against the Texans, Derrick Brown was able to get two tackles and one tackle for loss in the Panthers' 24-9 win.

Even though they are 0-3, Rudy Ford has been very consistent racking up three tackles in three straight games.

In a breakout game, former Auburn running back Peyton Barber had himself a game against the Dolphins. Barber rushed for 111 yards on 23 carries and even scored a touchdown. He was even able to catch the ball three times for 33 yards.

Daniel Carlson was also able to point points on the board going 3/3 on field goals, his long of the day was 50 yards.

Jonathan Jones picked up three tackles in their 28-13 loss to the Saints.

Despite getting shut out by the Broncos, Jamien Sherwood was also able to get three tackles on Sunday.

Arryn Siposs is still showing out in Philly. On Monday Night Football, Siposs punted six times for 258 yards, which is 43 yards per punt, and downed the Cowboys inside their own 20 twice.

Carlton Davis was the only Tiger on the box score, and was able to pick up three tackles in the 34-24 loss to the Rams.