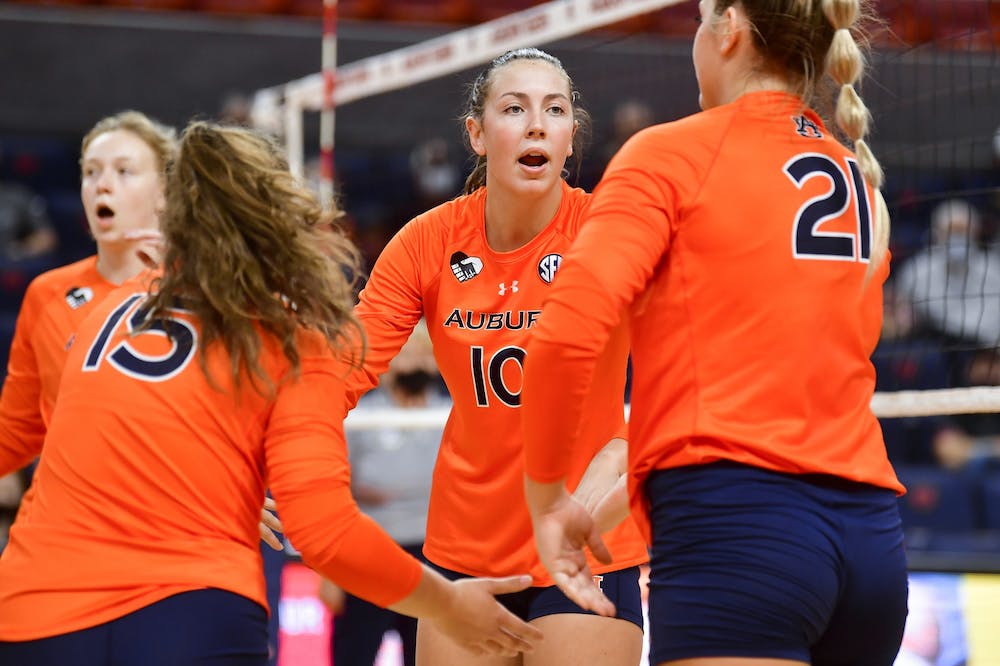 AUBURN, Ala. (EETV) - The top two teams in the Southeastern Conference will compete in the Auburn Arena tonight as Auburn (8-1) hosts Ole Miss (11-0).

"Ole Miss has done a nice job turning the program around in the last year," said head coach Brent Crouch. "They have a great coach, Kayla Banwarth, a former Olympic player. She's done some nice work with that group. They have some solid hitters in really all the spots. They are able to set the middle a lot, even from off the net which is a little bit unusual and present a fun challenge for us."

Wednesday night at 8 p.m. CT, the match will be televised on ESPNU with Same Gore and Jennifer Hoffman. It will also be available on WEGL 91.1 and on Auburn Sports Network.

Ole Miss (11-0) is one of nine undefeated teams in the country. The Rebels' non-conference was shown by a top-15 win at Western Kentucky, the program's first since 2010.

In the SEC Ole Miss leads offensively with a .300 team hitting percentage. With 125 total kills, Anna Bair is the team leader with 3.57 per set. Samantha Schnitta and Sasha Ratliff on offense are key players that contribute over two kills per set for the Ole Miss Rebels.

Kylee McLaughlin leads the Rebels with a .300 hitting percentage. McLaughlin has 385 total assists and ranks fifth in the league with a 10.41 digs per set average.

Leading the team in digs, Sam Burgio has 113 to average 3.32 per set. McLaughlin ranks second with 92 total digs, averaging 2.54 per set.