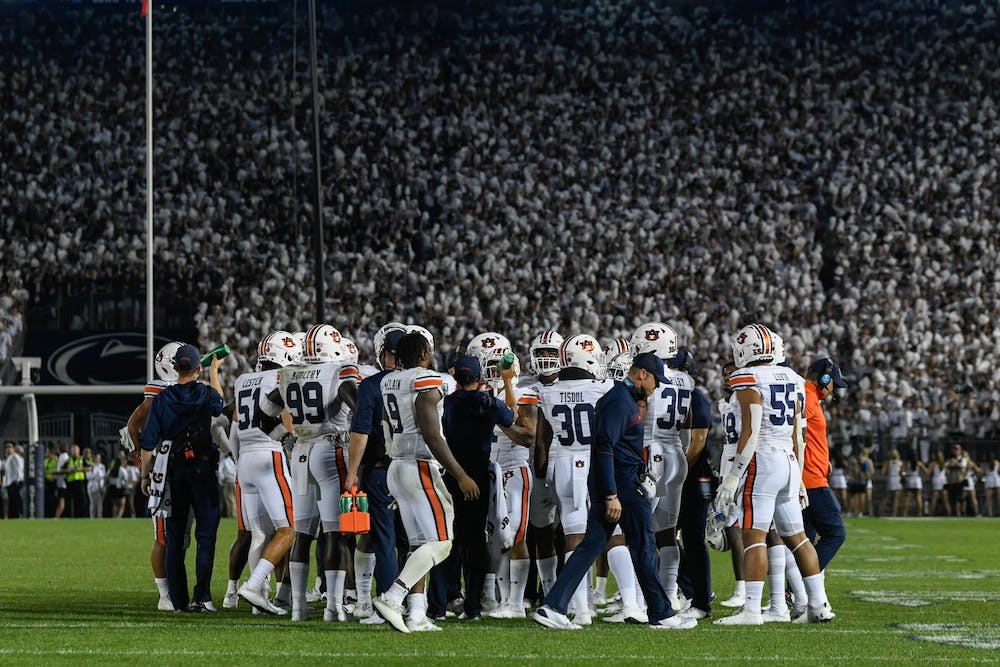 AUBURN, Ala. (EETV) - It's Homecoming in Jordan-Hare this week, as Auburn will look to play the Georgia State Panthers after a hard fought loss to the now No. 6 Penn State Nittany Lions.

The Panthers will be starting Darren Grainger at quarterback. Grainger transferred to Georgia State from Furman after the 2019 season, and he made his first start for the Panthers last week against Charlotte. He threw for 139 yards, two touchdowns, and an interception against the 49ers. Grainger has proved to be a dual-threat this season, and is also the team's second leading rusher with 108 yards.

Georgia State is also two years out from upsetting the Tennessee Volunteers, and the Sun Belt is not a conference to be overlooked since they have been known to upset SEC teams.

"We still have one more non-conference game. It is Auburn, you know? I'm not going to sit here and lie: they're bigger and they're stronger and they're faster," said Georgia State head coach Shawn Elliot. "But we're still going to go out there and push them, you know, and see what we can do."

Auburn will need to bring their A-game this week, since Georgia State will bring the same.

“Georgia State is a damn good football team. They will be ready to play,” Harsin said. “They will come in here and they will give us their very best. If we don't prepare like that and we decide that's not as important on Tuesday or Wednesday to have ourselves ready, and then by Thursday and Friday is when we really start getting our minds right, then watch out because Saturday's going to be a tough day at the end of the day.”

Auburn should use this game to boost the passing attack, utilizing the wide receivers and tight ends more to get them more comfortable in this scheme before they begin their grueling SEC schedule next week as they travel to Baton Rouge.

No. 23 Auburn will take on Georgia State in Jordan-Hare this Saturday at 3:00 p.m. CST. The game will be broadcast on the SEC Network.