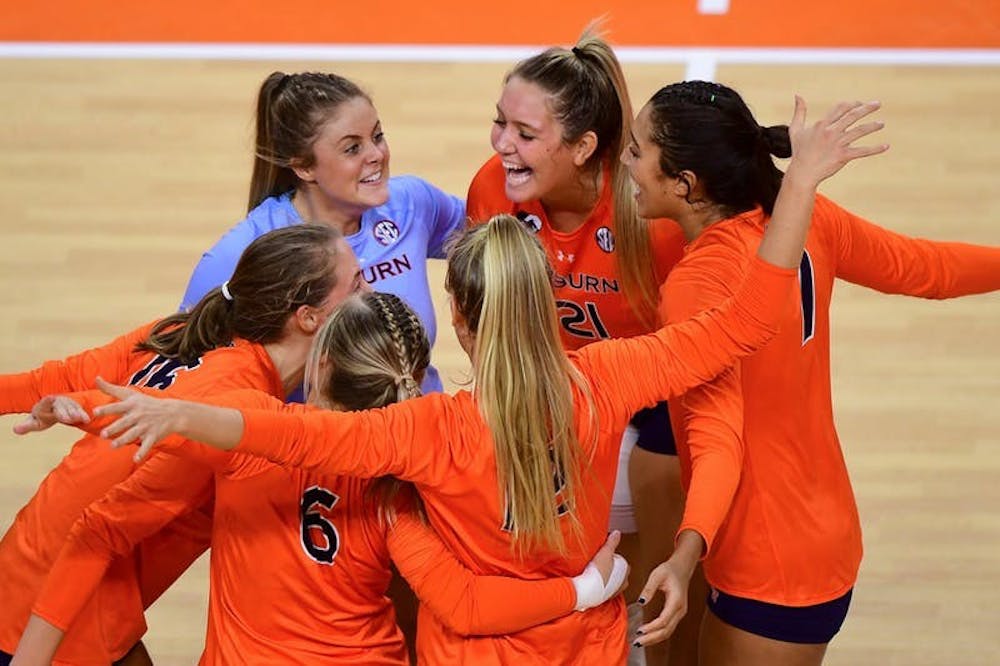 Auburn, Ala. (EETV) Auburn volleyball remains undefeated with a 3-0 sweep of Jackson State to win the War Eagle Invitational title in Auburn Arena. Auburn starts 2-0 for the first time since their 2015 season.

Junior Rebekah Rath led the team with 16 kills and 21 total points in Saturday's game. Her weekend performance earned her a spot on the War Eagle Invitational All-Tournament Team. She recorded 29 kills on a .377 attack percentage, nine blocks and three service aces. Rath scored a team-high of 37 total points.

"Obviously, things are going to get tougher as we get into the SEC portion of the schedule, but she is a big-time player," he said. "Every week, you’re going to see more and more with her as she starts to get more comfortable with the team.”

Graduate student Liz Reich recorded her first double-digit kills with 13 on 24 attempts against Jackson State. Her performance also landed her a spot on the tournament team with 22 kills, a .375 attacking percentage and nine blocks.

Auburn totaled 14 blocks in their dominant win on Saturday with senior Elif Yavuz leading the team with a career best eight. They were just one shy of tying the program's match record. Auburn held Jackson State to just a .011 clip.

The Tigers in orange and blue will travel to Hammond, La. for the 2021 Southeastern Showdown next weekend. Auburn will open the tournament on Friday, Sept. 3 with a match against Southern University at 10 a.m. CT. Following that game, Auburn will play Southeastern Louisiana at 7 p.m. CT. The Tigers will close out the tournament against Cal State Fullerton on Saturday, Sept. 4 at 11 a.m. CT.