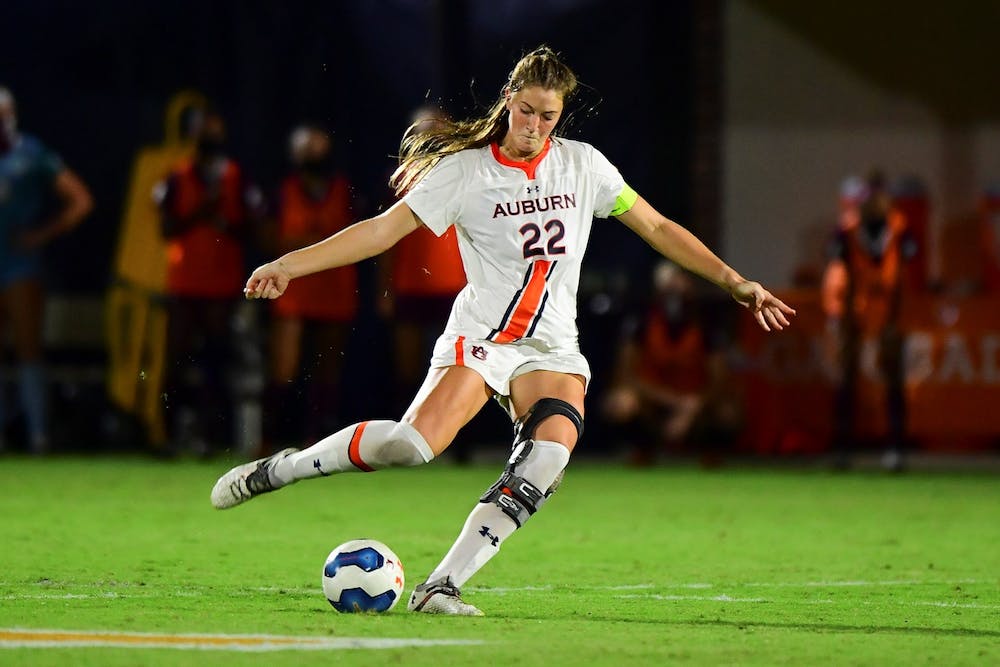 AUBURN, Ala. (EETV) - No. 14 Auburn continued its hot streak against in-state foe Troy defeating the Trojans, 2-1 Thursday night at the Troy Soccer Complex.

“We had a great weekend last weekend, and with a young team, being able to respond after a big win and trying to get a result on the road is a big challenge,” said head coach Karen Hoppa.

Sophomore midfielder Hannah Waesch scored goal one of the night as she found the back of the net for the first time this year.

“I intercepted the ball from their center and found an open gap to the outside,” Waesch said.

Senior defender M.E. Craven scored her first goal of her Auburn career with a header. Craven’s goal increased the Tigers lead 2-0 against the Trojans.

“It’s been something I have been working on,” Craven said. “I wanted to get us up more than one goal to have a nice buffer. When Anna (Haddock) served the ball, I knew I had to get my head on it and get a goal.”

“I thought we really did a good job the last 10 minutes of limiting Troy to no real dangerous opportunities,” Hoppa said. “I thought we kept the ball well, we held it in the corner well, and that’s really good experience for our young team.”

The Tigers were able to get the road win against the Trojans making Auburn 5-0-0 against Troy all time. "I'm proud of my team for managing the game and coming out with a road result," said Hoppa.